This post is in cooperation with the #teamNFC program at National Fitness Center.

The rain held off on an overcast fall day for runners and riders to explore a popular trail in downtown Knoxville.  It was the inaugural Rollin’ On Rocky Top 5K for Ainsley’s Angels of East Tennessee. 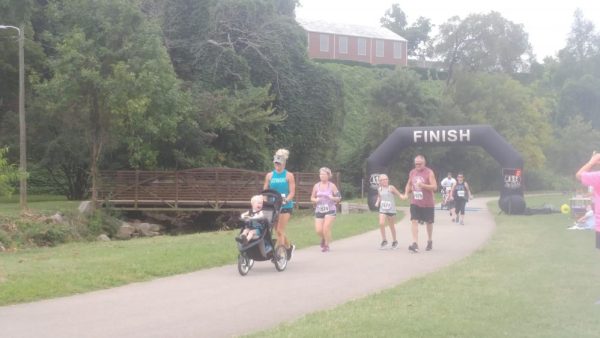 Ambassador Angie Lanciano had spent months volunteering her time to everyone could come together on a Sunday afternoon.  Entries surpassed 100 participants, a modest goal for a first-time event.

When the race began, the first wave was runners who would be competing for the fastest time as individuals.  That included my oldest daughter, who would end up winning her age category.

The second wave was teams consisting of Angel Runners and Angel Riders in specialized chairs made for rolling.  Ainsley’s Angels chariots are specially designed racing chairs that can take miles of wear. 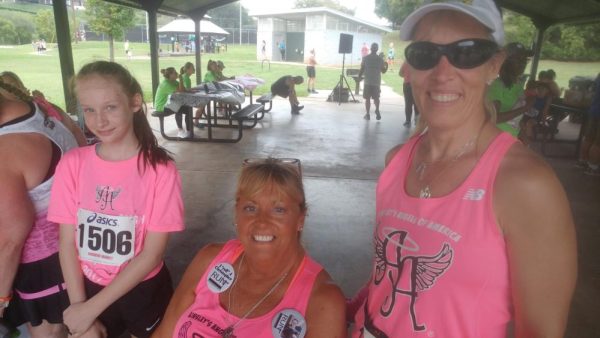 Among those completing the race early at the front of the pack were #teamNFC ambassadors Vicky and Melissa of Team Two for One.

Participant fees in the event helped raise enough funds to purchase at least two new chariots for Ainsley’s Angels of East Tennessee. People of all sizes can use the chairs to take part in different races throughout the year.

Lanciano said she hopes to make this race an annual fall event.

Check out my feature story about an Ainsley’s Angels family over at WVLT.TV.

This post is in cooperation with the #teamNFC program at Ntional Fitness Center.

5 Reasons My Family Loves the Indoor Pools
No Turning Back