It was an unusual drive into the nation’s most-visited national park in January.  Light green, winter rye grass was growing along the edges of the parkway entrances, as if hastily sown by the developer of a budget-priced subdivision.  Instead, this grass was holding together the frail edges where, in some steeper places where deeply-rooted trees had burned, the ground might otherwise give way to erosion. 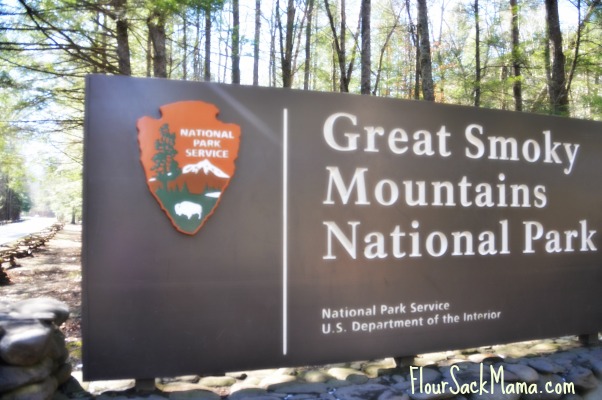 The dark brown paint on the new entrance signs seemed a bit out of place, as well.  These signs, usually appearing rustic and dusty, had replaced what used to greet park visitors, until flames charred them.

Inside the Sugarland Visitors Center stood a prominent map with a swollen pink area indicating what had happened there just a few weeks earlier.  In plain text by the park service the map of Great Smoky Mountains National Park showed that the Chimney Tops 2 Fire had covered 17,006 acres of land, while the Cobbly Nob Fire took another 803 acres. 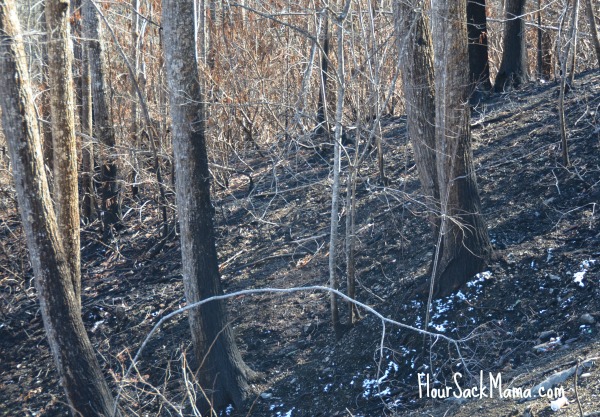 The park ranger behind the desk assured me in matter-of-fact language that yes, the National Park Service was developing a new presentation to explain the great wildfires to park visitors as early as this summer.  Neither he, nor the park newspaper distributed at the Visitor’s Center, make any prominent mention that those wildfires took the lives of fourteen people.  The park’s newspaper does note that prior to the late November fires, the area was experiencing the driest five months on record and it mentions that two young people are accused of starting a fire later spread by intense winds. 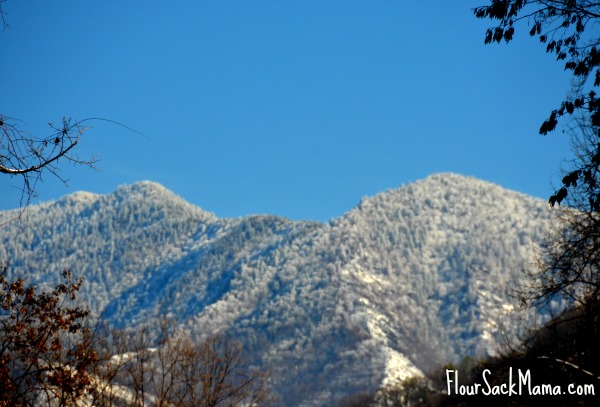 Shortly before my January visit, snow had dusted the treetops in the higher elevations of the Smokies, and was already beginning to melt.  Cars like mine were climbing as high was we dared on the mountain road to see the winter scenery without risking a drive on icy roads.  Some park roads and trails remained closed, either from the recent snow or the earlier wildfire destruction. 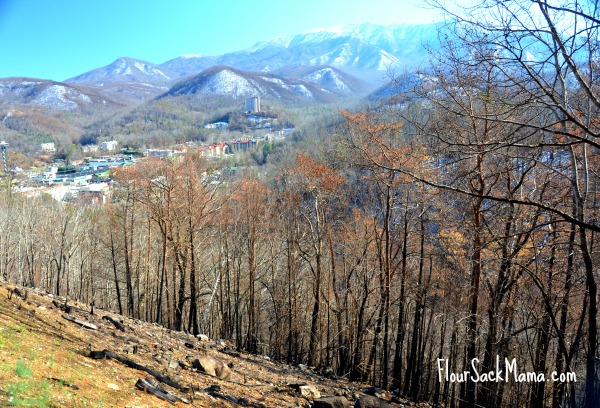 In the nearby tourist town of Gatlinburg, most visible were not remnants of businesses destroyed by the fire, but cranes and construction projects already underway just two months after the historic event.

The National Park Service has stated it plans to let nature do much of the regenerating on its own. This, despite the awkward grass-planting along the main roadways.  It’s reasonable that vegetation will start growing back on its own, and that wildlife will adapt.  How many years, though, will it take for the sprawling rhododendron thickets and mature mountain laurel to return to their previous glory? It is the decades upon decades of old growth in deep mountain forests and the wide diversity of flora and fauna it supports that have given this place recognition as an International Biosphere Reserve.

Fourteen human lives gone, and thousands of lives changed because of the destruction that tore through these mountains.  New paint won’t cover all the scars. But in frozen snows and sunny days of a changeable East Tennessee winter, the mountains are already heaving toward spring and next year and tall thickets of flowering bushes that draw people here again and again.