This is a sponsored post in cooperation with Stonyfield, and I’m proud to be a #StonyfieldBlogger, yet my opinions are always my own.

Moms, you know how it is introducing new foods to kids.  Pediatricians say to introduce a new food a zillion times before declaring defeat in the healthy food department, don’t they?  Kids can sometimes be our worst critics in the kitchen.  Then, they can be refreshingly inspiring when they want to get involved in food prep.

That’s the stage where we are in our household: the kids love measuring, mixing and baking along with me.  When it comes to some “healthy” ingredients, well, they can both read now — and there’s not getting anything past them. 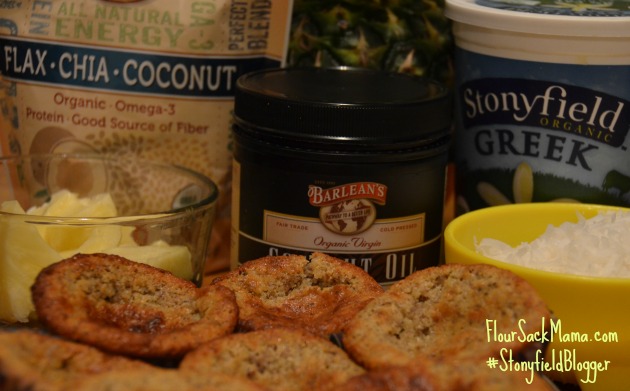 I was grownup-style excited to sample Barleans Omega Swirl Fresh Catch Fish Oil in several flavors that make getting my Omega 3, 6 & 9 in every day to support heart and brain health. I’ve been happily eating a spoonful of that each morning, and especially like how Orange Cream and Pomegranate Blueberry go down easily.

Then, I tried to swirl in a bit of the flavored Omega Swirl product into a coconut milk-based whipped icing for a healthy cupcake, and — disaster! Although I’ve whipped meringue pie topping and buttercream cake icing for years, I either didn’t have the coconut milk cold enough or it just wasn’t my day to make whipped topping — because there wasn’t enough fluffy texture to impress the kids, and they subsequently suspected something a little off about my flavored Omega Swirl addition.  Omega Swirl does not taste fishy at all, so it wasn’t that.  It was just too different for them that day, so they weren’t going for it. 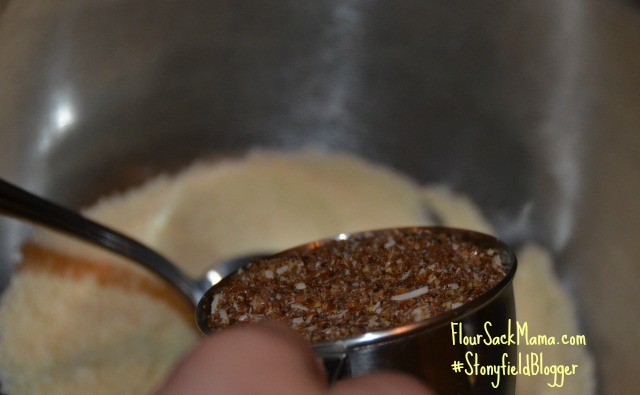 Same went for the new gluten-free recipe I tried for Barlean’s Pineapple Upside Down Cupcakes.  This recipe was a wonderful gateway for me to incorporate Barlean’s Flax-Chia-Coconut into future recipes, and I look forward to making it work as I make slight modifications to some old favorites.  However, in this specific recipe, which is very low sugar and a valiant nod to a traditional cake, the kids were not satisfied.  The Stonyfield Greek yogurt worked fine and is a great addition when I can substitute yogurt for at least part of another dairy ingredient. The Barleans Coconut Oil is a versatile ingredient that I intend to use again. These latest cupcakes just weren’t an overall favorite like my Carrot-Coconut Muffins with yogurt had been for them.

My lesson learned is, once again, it’s a process when introducing new food concepts to kids.  In our case, swirling in a little flavored Omega goodness into their yogurt or changing the texture of a cupcake isn’t something they’re on board with yet.  They are more likely to go for it if they’re involved in not only baking the recipe, but in perhaps creating the recipe together with me.  We’ll let you know how that goes, another time.

This is a sponsored post in cooperation with Stonyfield, and I’m proud to be a #StonyfieldBlogger, yet my opinions are always my own.