Could certain insecticides be threatening the bees we need to keep agriculture flourishing and put food on our dinner tables? The latest information from the Environmental Protection Agency confirms what researchers and conservationists have been warning about. 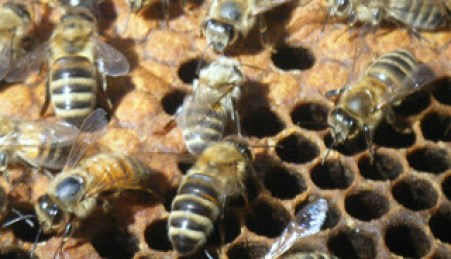 The EPA has announced that its preliminary risk assessment shows the neonicotinoid insecticide named imidacloprid can pose a threat to some pollinators.  In particular, this can happen when certain crops attract those pollinators such as bees and they carry the chemical back to their hives.

This could mean less honey produced and a loss of life to the bee colonies.

The entire neonicotoid class of pesticides has been under scrutiny for some time.  The Harvard School of Public Health has published research on a link between imidacloprid and colony collapse disorder.  This sort of chemical can be absorbed by entire plants and affect insects that feed up on them.

This EPA finding follows the President’s task force we told you about in 2014 establishing a mandate to research what is happening to bees and the troubling trend of apiary losses.

This report on imidacloprid is the first of four insecticides featured from the same class.  By the end of 2016, reports are also due on the risk from clothianidin, thiamethoxam and dinotefuran.

The EPA is investigating these insecticides’ effect on pollinators along with the state of California and also Canada.

A technical briefing by EPA is scheduled for February 18, and you can sign up online to take part.