The spectacularly blue October sky stretched high above the green fields and weather-worn barns where people had gathered to celebrate the season.  Music sounded from the stage hung with a red, white and blue flag, as well as from a cantilever barn turned into another stage.  My daughters sought out ice cream and apple cider among the food vendors that added to the festival atmosphere.  Tennessee Fall Homecoming proved once again to be a popular event for people far and wide at the Museum of Appalachia. 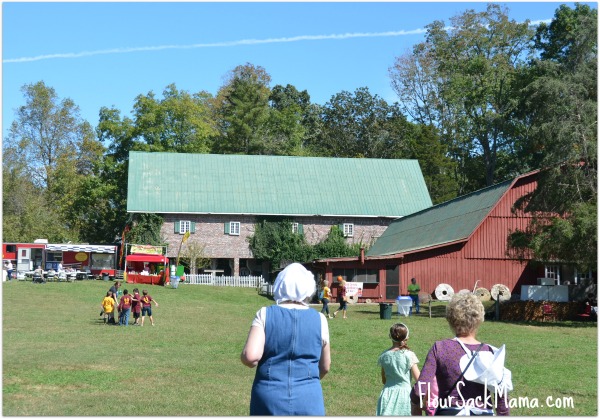 The museum located near Knoxville, Tennessee is a Smithsonian Affiliate and a historic destination in its own right.  Founded by John Rice Irwin, whom my children and I had the honor of meeting earlier in the fall during the Days of the Pioneer Antique Show, the museum showcases Appalachian heritage. 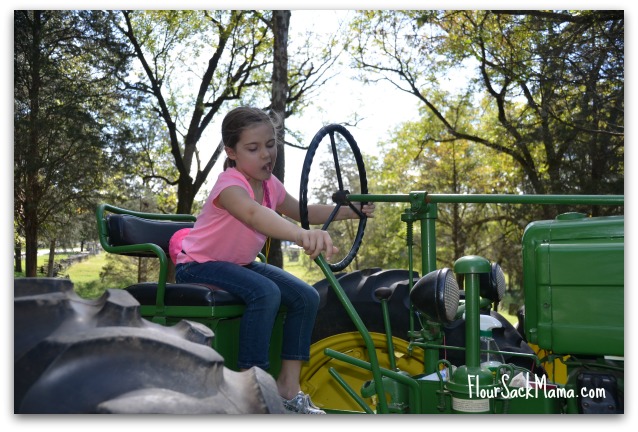 Irwin famously gathered regional artifacts, even entire cabins and barns, to create the inviting farm and home setting that is now the non-profit museum.  It includes numerous indoor displays of items that were previously part of day-to-day life in the Southeast region.  For families with young children, the ample green space for running, farm animal petting zoo and accessible buildings to explore make it appealing. 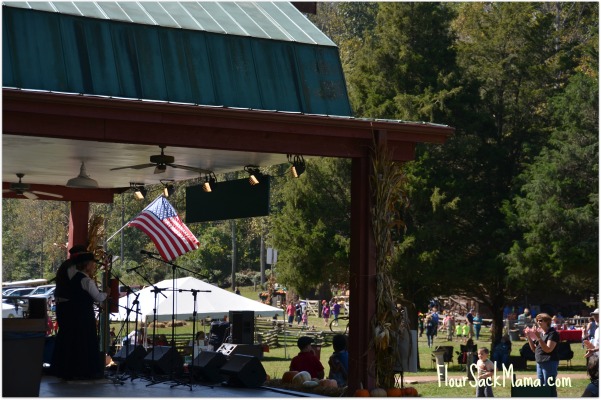 Fall Homecoming held each October is the single most notable event for the museum, attended by people from all around the world.  In addition to showcasing crafts and antiques at that time, the museum famously hosts dozens of talented, professional musicians who provide live music during homecoming weekend.  They demonstrate country, gospel and bluegrass music at its finest! 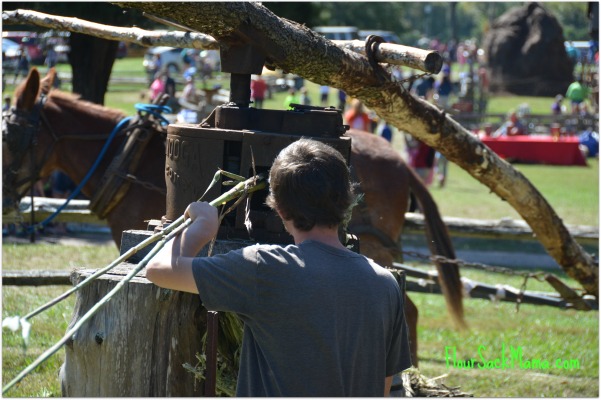 A  horse or mule walks around to help turn sorghum cane into a sweet commodity that can be baked into cookies and more.  Fur Taker Tei Gagstatter shares a display of animal furs and teaches about humane trapping.  Artisans from near and far gather at the museum to demonstrate traditional crafts at special events on the museum grounds. 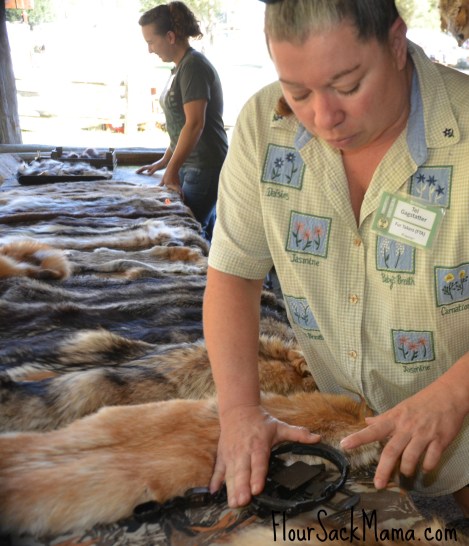 The Christmas season includes new candlelight evening tours at the Museum of Appalachia, and with the exception of a few holidays, the museum is open year-around.  A generous family rate membership, which our family bought, offers great value for nearby residents who can visit multiple times during the year.  We appreciated the complimentary passes to the Homecoming event.  Next year’s Homecoming is already planned for October 7 – 9, 2016.