Who else is still so overprotective that you can’t quite turn the kids loose in the kitchen by themselves even though they’re growing up?  The stove is still off-limits to my kids unless I’m around to help. Perhaps summertime and cool treats create the perfect setting for giving kids a turn at food creativity. Our family had a ball doing this! This post contains affiliate links to show you the cool stuff we got to try out!

In cooperation with the #StonyfieldBlogger ambassador program, YayLabs! sent our family a SoftShell Ice Cream Ball for playing around with some of our favorite Stonyfield organic yogurt.  The kids and I initially tried this project together, then they just took off with it, with my oldest daughter making frozen yogurt mostly on her own. 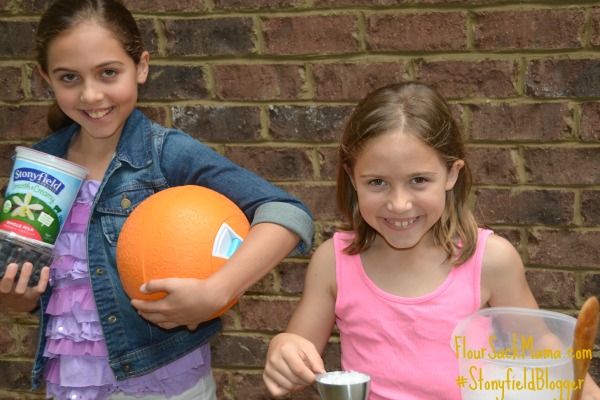 Caution: this does involve rock salt and ice just like traditional ice cream makers, so young children should be warned not to handle this extremely cold mixture.  Overall, the ice cream ball is user friendly enough that school-aged children can handle this project with minimal adult help, although the gadget maker recommends adult supervision. 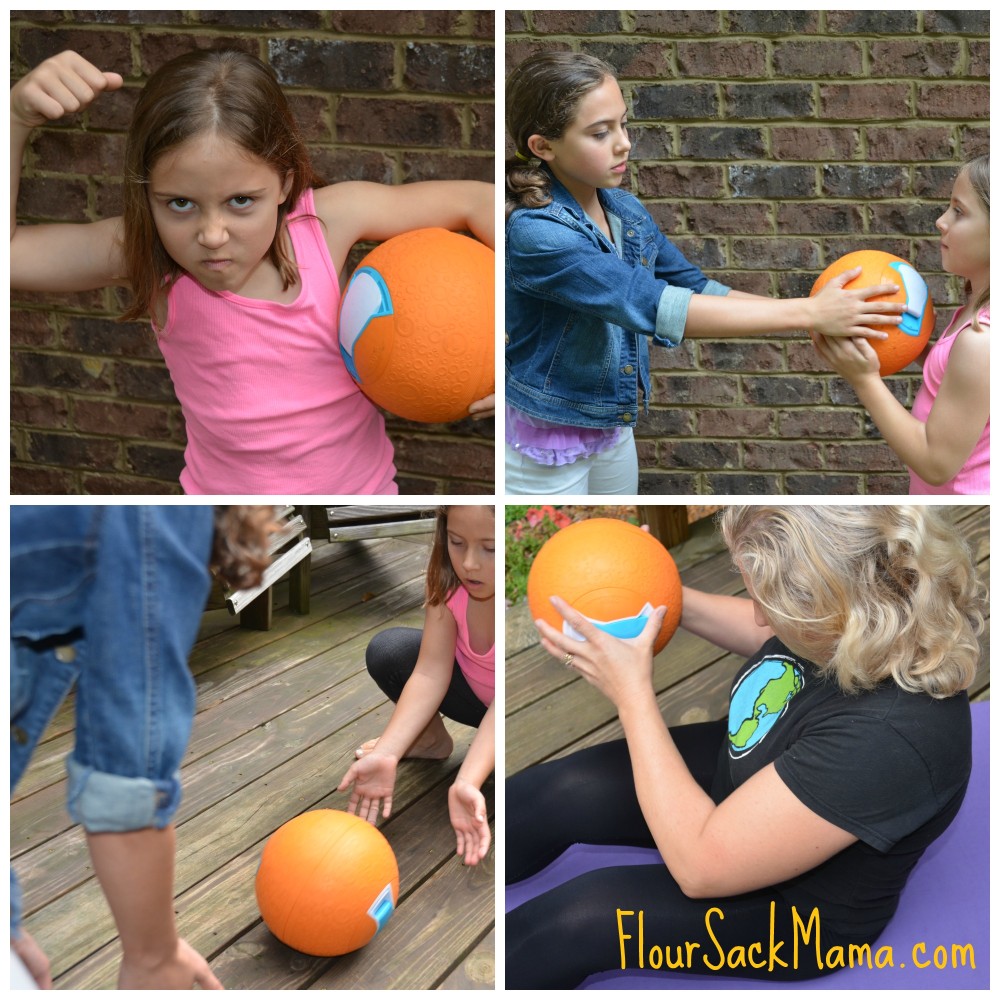 The basic idea is that instead of cranking the cream to create ice cream, you play ball until ingredients sloshing around inside are transformed into your frozen treat.  Separate compartments keep the ingredients and the ice/salt mixture completely separate. The kids were extra excited to receive their SoftShell ball in bright orange in the spirit of the Tennessee Vols!  Their moves included shaking, rolling and gently tossing the bright orange ball.  They gave me a turn to try a floor workout with the ball for a few minutes, too.  At somewhere between 20 and 30 minutes of movement per recipe, this gives you a chance to work off some calories before you eat your frozen creation.

We kept the ingredients really simple.  We started out with a quart of Stonyfield Organic Whole Milk French Vanilla yogurt and used half of that in the pint-sized compartment inside the ball.  We added some fresh blueberries in the first batch of frozen yogurt.  Then, my daughter used fresh cherries in the second batch.  The first time around, I kept the ball shaking for 30 minutes, which was a bit too long.  The second time around, the ball only went 20 to 25 minutes, and it was easier to scrape the frozen yogurt from the sides of the container with a wooden spoon.

While you certainly could add other sweet ingredients like candy, it was good to see the girls choose mix-ins from real foods that added plenty of sweetness and flavor.  The yogurt made the recipe so simple I didn’t even have to worry about them measuring out extra ingredients like bottled vanilla.

If your kids are used to bouncing and throwing other balls, you do have to warn them to not be as rough with this gadget.  It is not made to be dropped.

If you’d like to try your very own frozen yogurt creation, you can typically find Stonyfield yogurt coupons here, and you can get your own SoftShell Ice Cream Ball here.

This post is in cooperation with the #StonyfieldBlogger ambassador program, and my opinions are always my own.