I’m proud of the tiny wrench stamped with “Ford” on it from my grandfather’s tool collection.  It’s a relic from his years of working at the Ford Garage and other garages before that, where he was known for his ability to tinker with automobiles and fix just about anything.  While the Model T went only about 40 miles per hour, Grandpa worked on cars with more even more horsepower, speed and features in the 30s, 40s and 50s.  I have some memories of him in his retirement years, still greasy in a mechanic’s jumpsuit, enjoying his time at the tool bench in his home garage. It’s a part of family history worth remembering. This nostalgic era for him was also the era of leaded gasoline, no seatbelts and no child safety seats.  I wonder what he would think of today’s computerized engines and hybrid cars?

I can imagine how families all across Appalachia must feel nostalgic about generations of families who grew up working in coal mining:  Proud families remembering grandpas and fathers who spent dark, earnest days underground so they could support their families.  Pride in a hard day’s work and patriotism in supporting the country’s industry and war efforts. 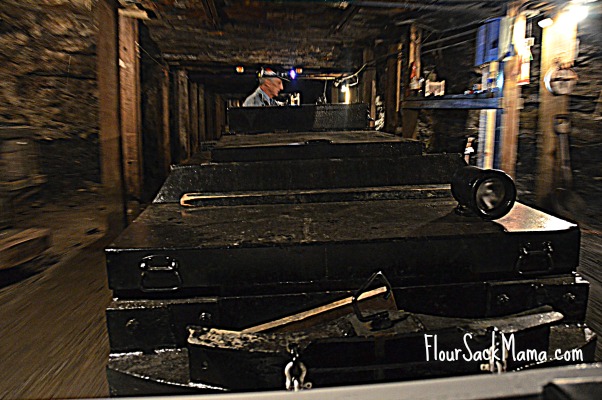 One place for celebrating the nostalgia of coal mining’s zenith is deep underground, in the Phillips-Sprague Mine that stopped producing coal in the 50s but is open now as a public visitor center in Beckley, West Virginia. There, tourists can walk through a church and other buildings in a replica coal mining town, spend time in a children’s science museum, and even travel underground like a miner. It’s worth devoting a couple of hours on a family travel stop to learn about the coal mining tradition of the area. 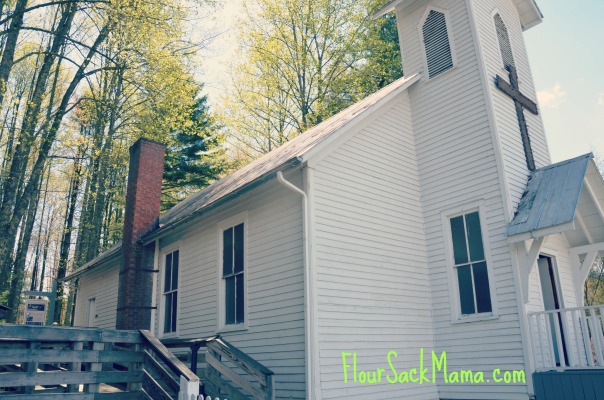 Visitors ride on a traditional mantrip shuttle into the historic mine, guided by a retired miner.  The shuttle stops frequently for an intimate tour with the guide who beams proudly when telling stories about mining history.  He asks the kids on board who would like to run a drill underground, or which tool they would choose to try.  He explains how early tools like hand drills took so much muscle, while the more mechanized era of coal mining brought on its own problems like black lung from so much coal dust.  He shows a dangerously heavy kettle bottom that might have dropped from the roof of a mine in the petrified shape of a tree stump and be heavy enough to kill someone.  He waxes nostalgic about the importance of a miner’s lunch being packed daily by a dutiful wife and hopefully including a piece of pie. 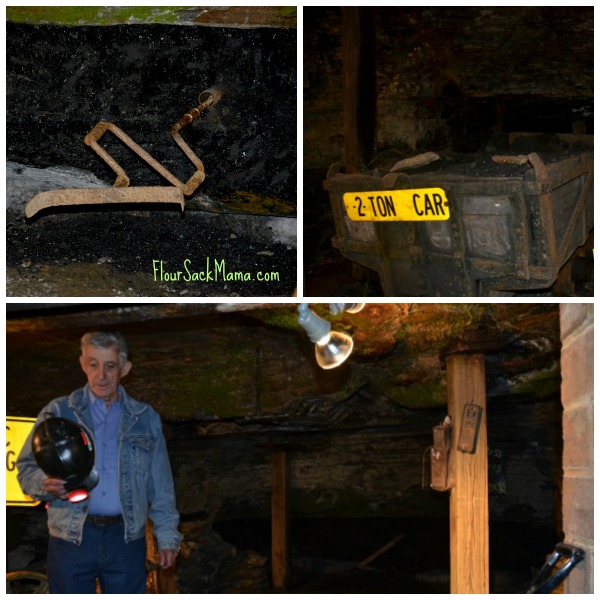 The children are mesmerized by the setting, going deep into the small mining area, and hearing the stories.  Our guide even gifted each child on board with their own lump of genuine West Virginia coal, something special in a state where coal is even carved into small tourist collectibles like animals and Holy Bibles.

You can’t take this historic mining tour without feeling a deep respect for the hard-working people of Appalachia who’ve dedicated so much to the coal industry.  We were shown on our tour how for safety, bolts have to be inserted every few feet to secure the ceiling of the mine.  Roof bolters in underground mines today earn an average of $26.76 per hour to do this precarious job so a West Virginia mine can be declared structurally safe for everyone else to work there. It’s understandable why the Friends of Coal industry-supporting organization and its ladies auxiliary are prominently featured as friends of the Beckley mining museum.  This place has decades of pride wrapped up in the industry that fed generations of Appalachian people.

While at one time, around three-quarters of a million people were involved in US coal mining, the jobs are drastically fewer today.  Employment has been steadily declining the past few years, to somewhere between 70,000 and 80,000 coal mining jobs reported across the country, and only about 20,000 of those in West Virginia. Coal production not only has competition from natural gas, but it provides far fewer jobs than the solar industry.  While perhaps less risky for the few workers it employs, modern mountaintop removal mining presents new concerns.

Just like no one used to worry about a little lead in gasoline, there were decades when no one concerned themselves with what was spewing into the air from coal-fired power plants or how it affected the health of people or the planet.  Times have simply changed.  Moms and grandmothers today are concerned about protecting children’s health because they better understand what previous generations did not about the consequences of burning fossil fuels.

Just like our cars have gotten sleeker and smarter, so must all energy production for a forward-thinking society.  Hopefully, we’ll never forget the hard work, tradition and sacrifice of the nation’s coal miners. The Beckley Museum is a fitting tribute to their bygone era.