Does the Land of the Free include food freedom?  Do you have the right to know what’s in your food?

Milking cows, hauling hay, raising baby piglets, showing livestock at the fair — these were all farm experiences I was exposed to growing up.  I remember distinctly the way my mom would toil long hours supporting my dad’s latest projects on the family farm, while she balanced her time caring for children, grandchildren, nieces and nephews plus doing all of the housework. 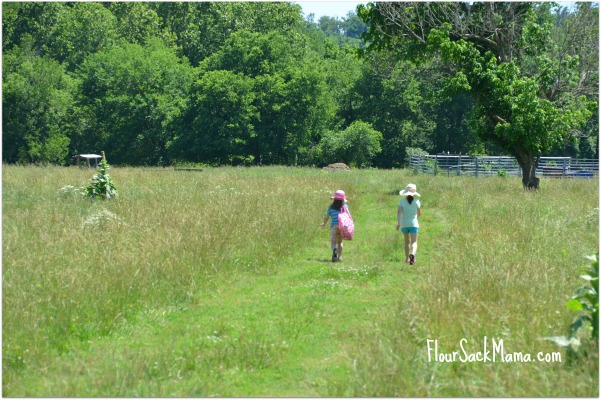 Somewhere in this demanding day-to-day life that kept their backs sore and their hands busy was a sense of freedom that my mom and dad shared: freedom to make their own way in the world, to work the land and to care for the family the way they chose to.  They followed no one else’s schedule but their own, and they worked much longer hours than if they’d reported to someone else for a paycheck.  Small-to-medium-scale family farming is a living testament to freedom in America.  My dad is also an Air Force veteran, so somehow farming fits well with his concept of living in the land of the free.

Part of the freedom of raising your own food on the farm is knowing what goes into it and making independent choices.  Decades after my mother was exposed over and over to pesticides (among other environmental exposures, as nearly everyone was), society now has health studies linking things like toxic pesticide use to chronic illness.  Numerous studies like this one about neurodevelopmental problems for babies and their proximity to farms just give me chills.  So, freedom on the farm and in choosing farmed food takes on a broader meaning with the information available today.  Freedom may include choosing a less toxic path, choosing fewer on-farm and in-home exposures for farm families.

Freedom also includes being able to choose foods either produced with intense chemical-farming methods or foods raised without so many inputs linked to health concerns. It’s hard to make independent choices and enjoy freedom if you don’t have all of the information you need.  Most corn and soy grown in the United States today has been genetically altered in a laboratory in a way that would never happen in nature, to be able to withstand dose after dose of toxic pesticides.  Yet, nothing on the food label lets you know if you’re eating genetically engineered substances that could contain residues of a pesticide that the world’s top scientists have labeled a probable carcinogen. Nothing discloses how much air, water and soil production of a particular food has caused to your near or far living environment and how it will affect long-term environmental health. 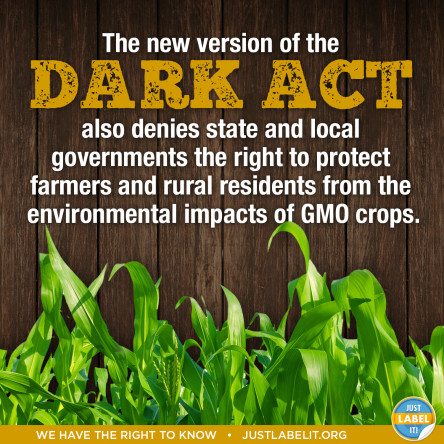 Big companies like PepsiCo, the parent company of beloved Quaker, have been on record spending millions of dollars to deny the freedom of the American people to know what is in food they purchase at the grocery store.  Even though food companies must be honest and open with people in dozens of other countries around the world, in the United States, they can cover up the fact that they used a chemically intensive system to produce the food you are putting on your family’s dinner table.  A large grocery trade association wants to rig the system so the state where you live cannot even require GMO disclosure for you.

Meanwhile, Just Label It is asking Quaker to join the movement to support mandatory labeling of GMOs — which would give millions of consumers like you and me the freedom to make eyes-wide-open choices at the grocery store.  A Just Label It poll showed 7 out of 10 moms reject products by Quaker or PepsiCo when they understand that those companies want to deny their right to know about GMOs.

Would you like to join the true freedom-in-farming-and-eating movement?  If so, check out this petition asking Quaker to join the movement for mandatory labeling of GMOs!  There’s a lot at stake, not the least of which is our children’s health.  Don’t you want the right to err on the side of precaution for your family?  Don’t you deserve the freedom to choose in this land of the free?  The environmental impact and health impact is potentially so great that it would seem the American people deserve a voice in this matter.

Get the newsletter that keeps you connected!