You don’t have to tell the parent of a child with asthma that when your child can’t breathe, nothing else matters.  They’ve been there. One in ten children in this country depends on a rescue inhaler because of an asthma diagnosis.  Others still, young and old, suffer a range of heart and lung diseases.  It would seem like a no brainer that dirty air is unsafe for everyone, especially those most at risk because of breathing and circulatory health issues.  Yet, human health still doesn’t get the attention it deserves when talk turns to a topic like energy, business development and cost analysis.

is the topic of our April 9 #CleanCouponing Twitter chat from 9 to 10 pm Eastern Time. This isn’t environmentalism for its own sake, but because we all need a healthy planet in order to survive. We’ll be hosting the Sierra Club, as well as teacher and author Katy Farber of @Non_Toxic_Kids whose new book The Order of the Trees touches on the connection between human survival and the natural world.  While Farber’s book is fiction, she has a message to convey to pre-teens, and she’ll be chatting with us live on Twitter on Thursday evening.

The Sierra Club’s of Mid Tennessee’s effort is about child health as well as encouraging cleaner energy to help slow the destruction of climate change which further threatens human health and safety.  The Sierra Club and many other environmental organizations are watching particularly closely what the Tennessee Valley Authority is doing as the nation’s largest public provider of energy. The Sierra Club and others are pointing out that there is much more potential for wind energy and energy conservation than TVA is outlining in its plan.  They have commended TVA for its increased use of solar energy. 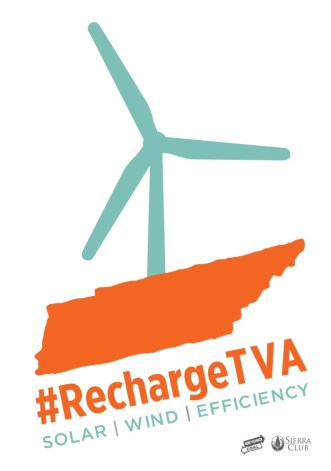 TVA is holding a series of public hearings and is accepting public comment until April 27 on its long-range Integrated Resource Plan, which is mandated for power production in each state per the federal Clean Power Plan to combat climate change.  A large turnout is expected for the April 21 public meeting on the plan that evening at the Loews Vanderbilt Hotel in Nashville.  You can also have your say here with a comment regarding the TVA energy plan.  As the diverse gathering for the Moms Clean Air Force Mama Summit recently highlighted at the Tennessee capitol, people from all walks of life are hopeful about a cleaner energy future. 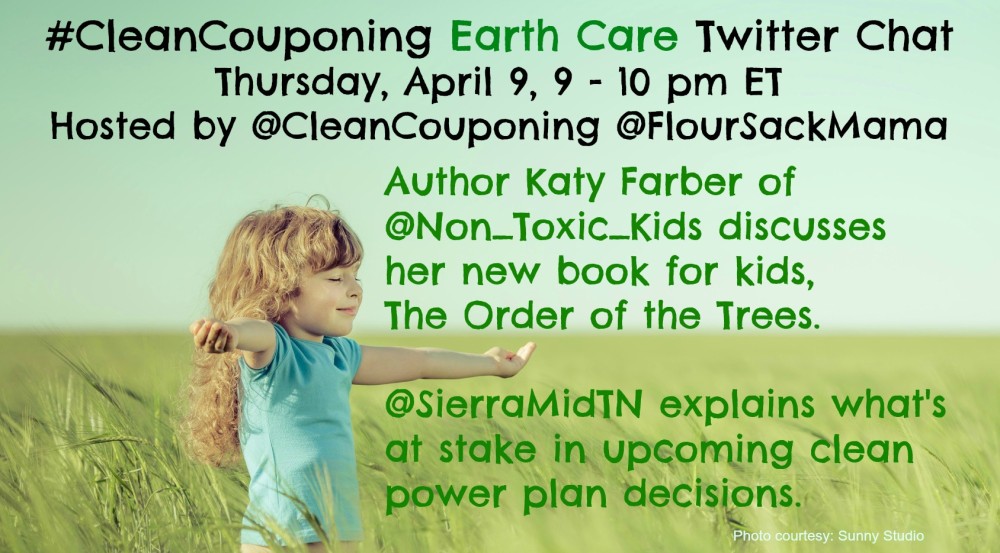 If you’d like to join in the Earth Care effort and learn about a cleaner energy future, feel free to use these tweets to tell others about the Thursday chat:

Then join us for the live chat, and get involved in the discussion using the #CleanCouponing hashtag. Author Katy Farber plans on giving away a copy of her book.  Since #CleanCouponing is about being frugal with more than money, we’ll also share tips on how consumer decisions can fit your values of caring for your family and for their environment.  Looking forward to chatting with you soon!