It may be your go-to response to weeds that annoy you in your yard.  It may be in your toolkit of essentials on the farm.  You may be unwittingly ingesting it in trace amounts on the food you eat or the water you drink.  Here are 5 things you should know about glyphosate. 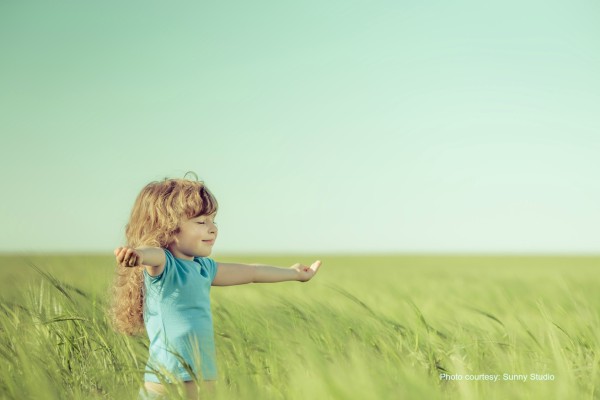 1) Glyphosate is the most widely used herbicide in the world.  According to US government statistics, 18.7 million pounds of the stuff is used each year.  More than ever is being used now that genetically modified crops are increasing in use.  Glyphosate is the main weed-killing ingredient in the popular brand called Roundup, and per the Environmental Protection Agency, you can find glyphosate in all of these branded products:

2) Genetically modified Roundup Ready crops like corn and soybeans are fascinating examples of advanced technology in which the patent holders of the technology have created a system that involves spraying both the crop and surrounding weeds with Roundup (glyphosate) herbicide.  The weeds die, the plants thrive, and the crops go to market.  The Monsanto company, which profits from selling both patented GMO seeds and Roundup herbicide, continues to insist its products are safe.

3) The Environmental Protection Agency offered this statement when the Flour Sack Mama blog asked for any recent statement regarding safety and potential testing of food for glyphosate contamination:

In 1991 EPA concluded that glyphosate should be classified as a Group E (evidence of non-carcinogenicity for humans) based on a lack of convincing carcinogenicity evidence and considering the criteria in EPA Guidelines for classifying a carcinogen.  Since then, EPA has monitored emerging research on the carcinogenicity of glyphosate.

In 2014, EPA reviewed over 55 epidemiological studies conducted on the possible cancer and non-cancer effects of glyphosate. Our review concluded that this body of research does not provide evidence to show that glyphosate causes cancer, and it does not warrant any change in EPA’s cancer classification for glyphosate.  This is the same conclusion reached in 2004 by the United Nations’ Food and Agriculture Organization and affirmed this year by Germany’s pesticide regulatory officials.

In a few months, EPA will be releasing for public comment our preliminary human health risk assessment for glyphosate as part of our program to reevaluate all pesticides periodically. EPA is aware of the recent International Agency for Research on Cancer (IARC) report and will address it in detail in the preliminary risk assessment.  Additional information regarding glyphosate and EPA’s ongoing registration review can be found at:http://iaspub.epa.gov/apex/pesticides/f?p=CHEMICALSEARCH:31:0::NO:1,3,31,7,12,25:P3_XCHEMICAL_ID:2477

4) Grave concerns remain about the safety of glyphosate in our air, our water, our food system and our bodies.  One of the most evocative reports came from grassroots watchdog group Moms Across America, which used independent laboratory testing to document glyphosate in human breast milk. Because this was a small, non-peer-reviewed study, even those who conducted this admit the issue needs more peer reviewed study.  After this discovery, the Organic Consumers Association called on the US government to ban the use of glyphosate.

5) Leading world scientists with the World Health Organization’s International Agency for Research have evaluated the body of work available on glyphosate safety and declared it “probably carcinogenic to humans.”  This means concern about a link to cancer. More detailed information is available in The Lancet Oncology journal.

Confused?  Of course.  You can find disturbing scientific reports pointing to glyphosate as an endocrine disruptor that could be linked to growth of breast cancer cells.  Then, plenty of denial and confusion in the industrial and even scientific communities. Many agree more study is needed. Interestingly, it’s not common practice for government regulators to test for glyphosate contamination in your food, although there are certain levels set for how much can be in your drinking water.

If you want to err on the side of caution, there are a few steps you can take for yourself and your family:

Fitness Enthusiasts Join Forces at National Fitness Center
Could Your Baby Be Crawling On Toxic Flooring?

4 Responses to 5 Things You Should Know about Glyphosate Risk