Should shoppers be able to make informed decisions at the grocery store?  Should farmers be able to save seeds for next year’s planting?  Should we all have more local agricultural choices?  The globe’s widely traveled environmental spokeswoman, Vandana Shiva, who calls India home, says we should. Shiva spoke to Slow Money members at their annual gathering in Louisville, Kentucky, cautioning about GMO foods and promoting what she calls food democracy. 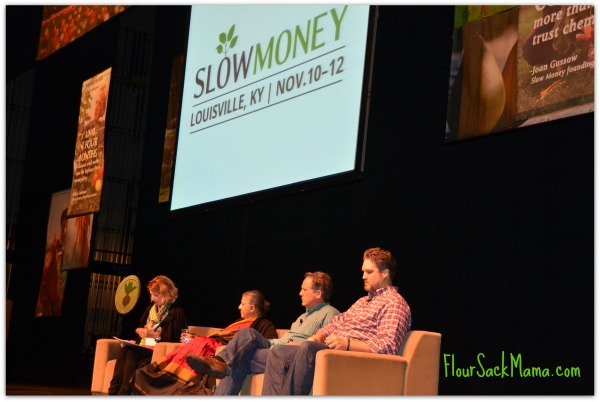 “Democratizing the seed supply is so important!” Shiva told the crowd gathered for a Slow Money workshop on GMOs moderated by the Center for Food Safety’s Debbie Barker.  With a doctorate in particle physics and an interest in preserving a way of life for her homeland, Shiva has spent decades studying the science behind GMOs or genetically modified organisms.  She notes they could more accurately be called genetically engineered crops because they are engineered unnaturally in a laboratory with a gene gun, very different from the plant breeding farmers have always done.

“This mix of genes hasn’t been assessed for safety,” Shiva stated.  She went on to explain, “Before genetic engineering, you could not patent a plant. With genetic engineering, the companies say ‘we have invented something new and therefore we are the makers, the owners, creators.’ This, of course, is so inconsistent with the argument being used that a genetically engineered organism is like a non-genetically engineered organism, an assumption called substantial equivalence that is totally cooked up.” Shiva founded the organization Navdanya to protect biological and cultural diversity, making efforts to help farmers save seeds and resist the global transition to a few GMO crops whose seeds they’re not even allowed to save.

GMO crops are being created to make their own pesticide or to withstand heavier and heavier doses of pesticides, which creates concerns for human health, water quality and destruction of fertile soil. Leaders from top environmental and sustainable farming groups listened to the experiences Shiva tells of trying to preserve farm life in India.  She advocates for the return to a more peaceful, nurturing approach to agriculture than what happens in most conventional farming.   At her later keynote speech, Shiva suggested, “I think we need to join our campaigns on GMOs, poisons and pesticides and make them one to get all poisons out of our food system. They didn’t belong there and they should now be removed. That would be the real peacemaking with the planet and our bodies.” 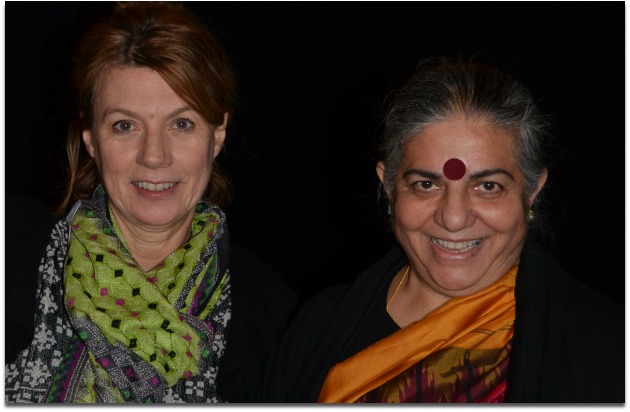 Similar to what Navdanya is doing in India, the Center for Food Safety is standing up for diverse, sustainable food systems.  It not only promotes organic food systems, but it advocates for strong organic standards and consumer protections.  Barker stated during the GMO panel succinctly, “we have a broken food and agricultural system.”  Barker serves as International Programs Director for CFS.

Many who attended the Slow Money conference are entrepreneurs, investors and nonprofit executives who met to discuss the future of food in all its complexities.  However, the Flour Sack Mama blog asked Shiva to speak to the parents out there who simply think they can’t afford to question what’s in low-priced supermarket food.  She encouraged everyone, even if on food stamps (SNAP) to try shopping at the farmers’ market and to pay attention to the quality of food, especially in light of so many chronic health problems occurring in American children.

The scientist who could explain what happens in the laboratory is herself a mother, talking about weaning her child on millet, one of many ancient grains she argues must be preserved in a diverse farming system.  At Navdanya she’s been working on fair trade issues for Indian farmers, trying to preserve their way of life and their dignity.  She lamented, “What the crisis of agriculture and food is reflecting is a crisis in the human condition.” Shiva even talked to the Slow Money crowd about being mindful of what we put on our plate each day. “Every meal, every planting, every season, every harvest has to become the sowing of earth democracy and through it the sowing of food democracy.” 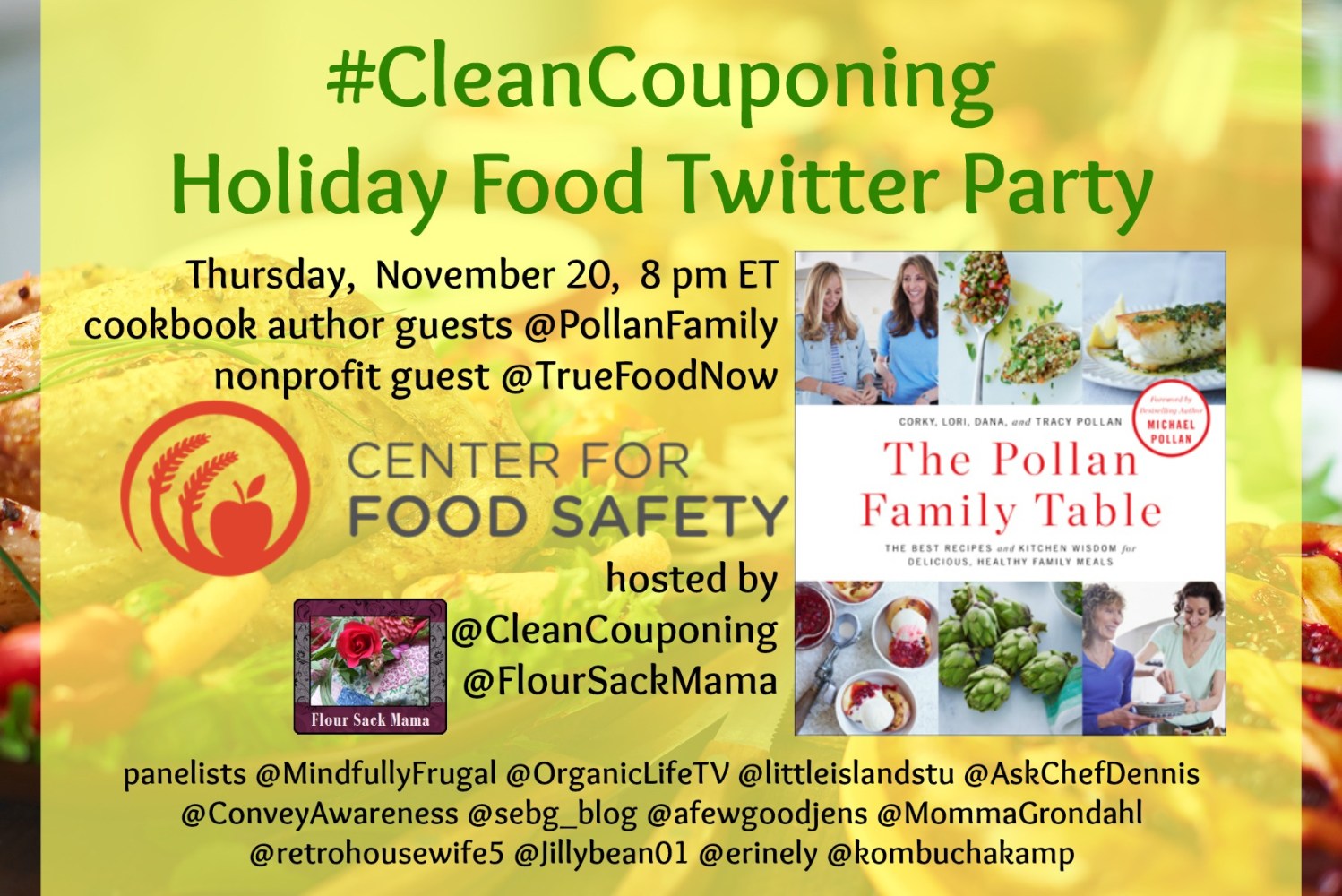 The Center for Food Safety, at @TrueFoodNow on Twitter, will be our nonprofit guest on Thursday, November 20, from 8 to 9 pm ET, when we discuss Holiday Food at our latest #CleanCouponing party. You can RSVP at this link and enter to win prizes.