The founder of the Knoxville Equal Suffrage Association, Lizzie Crozier French announced, “Thanks be to God that in giving women the crown of motherhood he made her the giver not the taker of life. Woman has no greater claim to the rights of the ballot than that she is a producer not a destroyer of life.”

French, Elizabeth Avery Meriwether and Anne Dallas Dudley are remembered in the Tennessee Woman Suffrage Memorial at Knoxville’s Market Square for their leadership in helping win a woman’s right to vote. 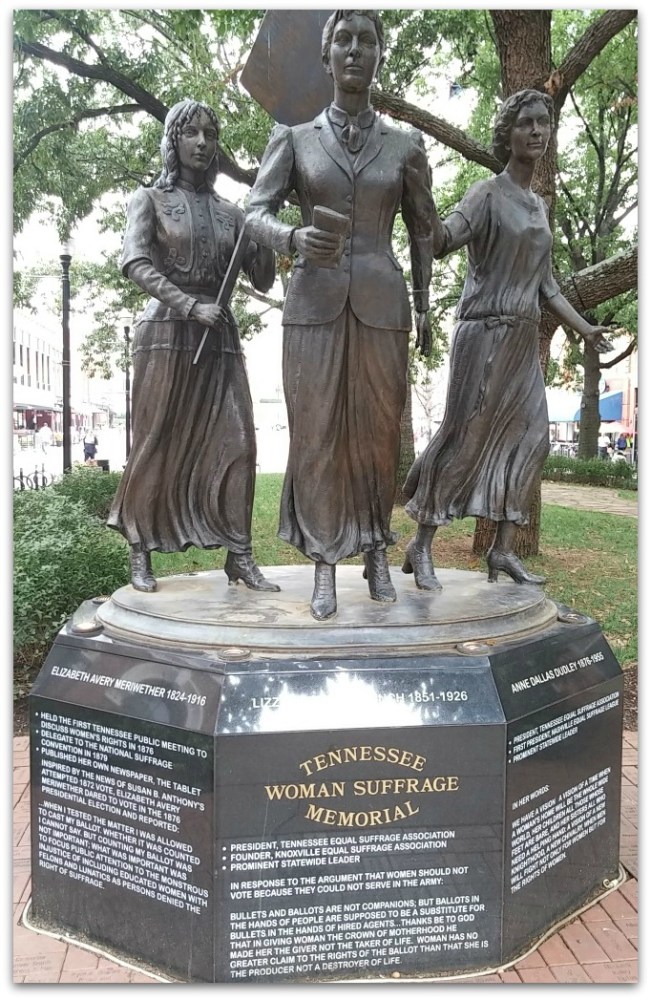 Not pictured on the statue, but arguably instrumental, was Febb Ensminger Burn, the East Tennessee mother whose son, Harry, served as a junior member of the Tennessee legislature.

When Tennessee deliberated to become the 36th and final state needed to ratify the 19th Amendment, the deciding vote came down to young Harry Burn, who reportedly listened to his mother.

A woman’s right to vote became federal law in August of 1920.