American’s children could be breathing easier if the country gets on a path toward a cleaner energy future.  As we’ve reported previously on the Flour Sack Mama blog, any efforts to cut carbon pollution at power plants could also benefit those in society who are most vulnerable to the air pollution. 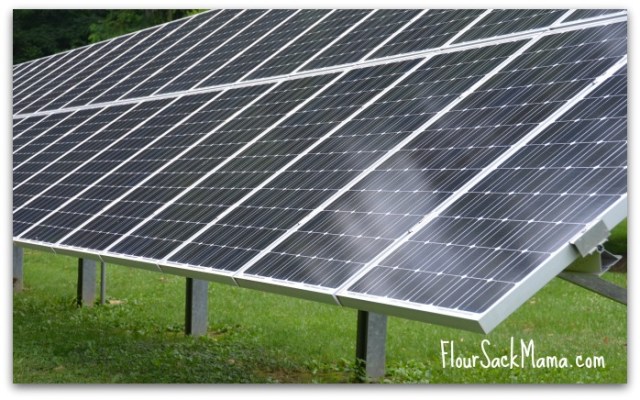 Why does the US need efforts to curb pollution?  Scientists have been studying the effects of carbon levels already being dangerously high in earth’s atmosphere, earth’s oceans becoming increasingly acidic and the potential for more extreme weather events.  Activists and educators with 350.org have been telling this story for some time now about life on earth being threatened by extreme climate change.

While older coal-fired power plants have been slowly retrofitted or shut down to curb pollution, natural gas has been touted as the clean alternative.  Yet, study after study uncovers environmental and health concerns about the way this gas is now obtained via hydraulic fracturing or fracking.  We told you recently about the results of air quality studies in multiple states where fracking occurs.  We shared with you the concerns of scientist Sandra Steingraber who is spreading the word about fracking’s health dangers.

Individually, smart choices on how to light our homes and conserve energy with Energy STAR products have become a representative way to do something about looming energy challenges.

If you are concerned about our children’s health, clean air and a clean energy future, you can join Moms Clean Air Force here to have your voice heard.

Don’t miss any news from the Flour Sack Mama and Clean Couponing blogs!  Subscribe here to our newsletter.

One Response to What You Need to Know about Cleaner Energy