A cutting edge, powerful combination of herbicides is coming soon to the Midwest and eventually to more areas throughout the United States despite grave warnings about health and environmental impacts.  One group has even tracked how closely the pesticide spray could come to hundreds of thousands of American schoolchildren.  This product would most likely be used on large fields of genetically modified corn and soybeans. 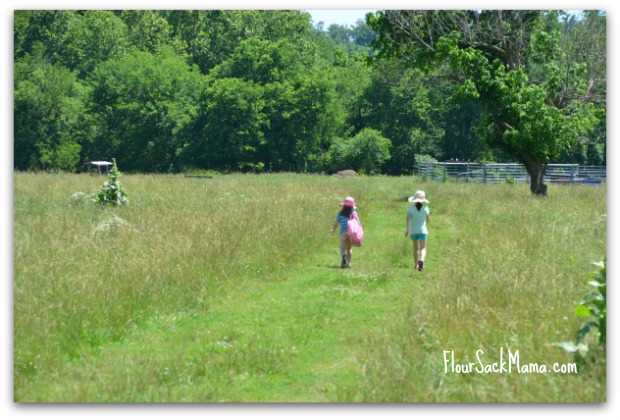 You’ve probably heard the hype from all sides on how Enlist Duo could both help farmers and harm human health.  The Environmental Protection Agency has announced its final decision to register the Dow AgroSciences combination of glyphosate and 2, 4-D (one of the ingredients in the toxic defoliant Agent Orange from Vietnam).

“EPA has turned its back on those it purports to protect – the American people and our environment. Why are our agencies listening to the chemical companies and not the scientists, doctors and lawmakers who know that more chemicals are not the answer to the superweed problem?”

This landmark EPA decision comes despite cautionary warnings of health dangers from top physicians and scientists. This has been documented by the Environmental Working Group and several watchdog non-government agencies.

Government data already reflects an abundance of glyphosate in air and water. Body burden studies already show various pesticides are carried in some way in nearly all Americans, even in the breast milk we feed our babies.  Medical experts already warn of links between 2, 4-D and devastating diseases like non-Hodgkins lymphoma, Parkinsons and other health problems.  This new approval encourages farmers to use large quantities of these two herbicides together.

At issue is the ways in which industry, government and health advocates are defining “safe,” and these are often divergent. Since disease can be years, decades or even generations in the making, doubt can remain regarding chronic and even life threatening health effects of pesticide exposures.

Here is how the EPA answers the safety question on its website:

When used according to label directions, Enlist Duo is safe for everyone, including infants, the developing fetus, the elderly and more highly exposed groups such as agricultural workers.

Use of Enlist Duo is safe for the environment, including endangered species. The Agency assessed risks from the 2,4-D choline salt to endangered species and found that there would be no effect on listed species from this active ingredient in the approved use area when the product is used according to label directions.

Glyphosate is already registered for these uses and did not undergo further review as part of the assessment for this product.

Flour Sack Mama has inquired for Dow’s response to the human health concerns at this time, and has not received a response.  We did find this celebratory Tweet from Enlist:

Break out the confetti, Enlist is now approved! #MoveAgAhead pic.twitter.com/BtksouS8lM

The irony is that superweeds have developed in response to modern agriculture’s chemically dependent methods.  Industry’s answer seems to be pouring more chemicals into the mix, while long term health questions remain.  It’s understandable that many farmers feel dependent on this system that seems to require stronger and stronger herbicides.  They haven’t received adequate support from the US Department of Agriculture even if they’re interested in converting to more sustainable methods that preserve soil health while promoting human health.

Here at the Flour Sack Mama blog we’ve told you the concerns about chemical farming and food, even how it relates to the issue of genetically modified foods.  As you probably know, hundreds of thousands of people have already signed petitions asking for denial of the Enlist Duo herbicide because of concerns about health and environment.

Just Label It founder co-founder Gary Hirshberg offers a succinct explanation at Huffington Pose of how pesticides, GMOs, food and child health are are connected.

Here’s a state-by-state breakdown of this EPA announcement:

The EPA has agreed to register Enlist Duo (glyphosate and 2, 4-D) in these six states:

The EPA is accepting comments at this link until November 14, 2014 on whether to register Enlist Duo in ten more states:

Stay informed with the latest every week from the Flour Sack Mama and Clean Couponing blogs by getting our newsletter here!