Would you believe that each of us generates around four and a third pounds of garbage from normal living in the United States each day?  Of that, we might recycle or compost a small portion, keeping less than half of that garbage out of expensive landfills. The Environmental Protection Agency says in 2012 alone, we were responsible for 251 million tons of trash.  The Sierra Club points out our rates of garbage creation are much higher per person than in European countries with comparable living standards.

While recycling efforts have increased over the years, many say recycling alone isn’t the answer.  In our Green Goes Mainstream series, let’s look at a few mainstream ways our home and school habits we can ease that landfill demand while saving money.

1) Refuse disposable shopping bags.  Take along reusable bags instead.  Do remember to launder cloth bags regularly.  Take clean plastic bags to reuse at the store for raw meats or accept new plastic bags only for critical items like that.

3) Seek out products with less packaging, including buying in bulk when reasonable for home or school supplies.  Be sure to recycle all plastic and cardboard packaging or find ways to reuse it. 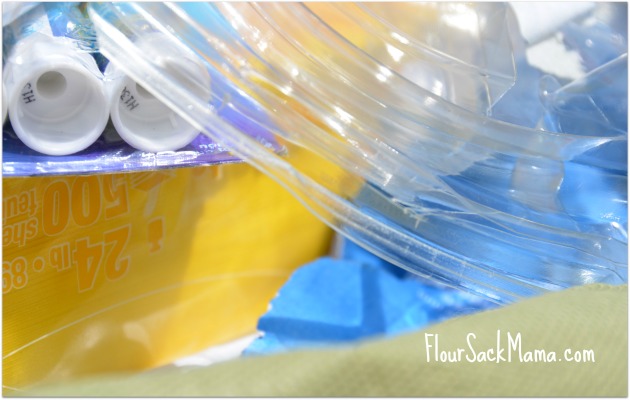 4) Choose reusable restaurant food containers when possible, avoiding plastics and polystyrene. Not only can polystyrene rarely be recycled, but as Safer Chemicals, Healthy Families reported, the National Research Council confirms the link between styrene and cancer, with styrene designated by the National Toxicology Program as “reasonably anticipated to be a human carcinogen.” Polystyrene not only shows up in foam take-out containers and cups, but in brightly colored cups that look more like plastic but have the #6 on them.  The biggest health concern is when eating or drinking hot items in these, which scientists show could allow leaching into your food.

6) Grow a garden or shop with local farmers, avoiding extra packaging and transportation on at least some of your groceries.

7) Start a home compost bin and never throw another banana peel in the garbage.  Use mulching and composting for yard waste.

8) Reuse at least some school gear like backpacks, notebooks or scissors for more than one year.

9) Include clothing swaps and consignment/thrift shopping in your back-to-school shopping plans.  You’ll save lots of money while going green.

10) Encourage your school to recycle, compost and move toward greener fundraisers.