The weekend before a busload of Tennesseans headed to a historic Environmental Protection Agency hearing in Atlanta, their rural East Tennessee neighbors endured a tornado with 140-mile-per-hour winds that damaged or destroyed around a dozen homes. Thankfully there were no reports of injuries, despite high winds, hail and dangerous lightning.  Our special Flour Sack Mama series #GreenGoesMainstream continues.

“Tennessee specifically has had a disproportionate number of extreme weather events,”  noted climate lead Todd Waterman with Tennessee’s Organizing for Action group.  ORA members, Sierra Club members, I Love Mountains volunteers and other concerned individuals all traveled to the EPA’s two-day hearing about proposed rules to limit carbon pollution from power plants.  Some were signed up to testify. 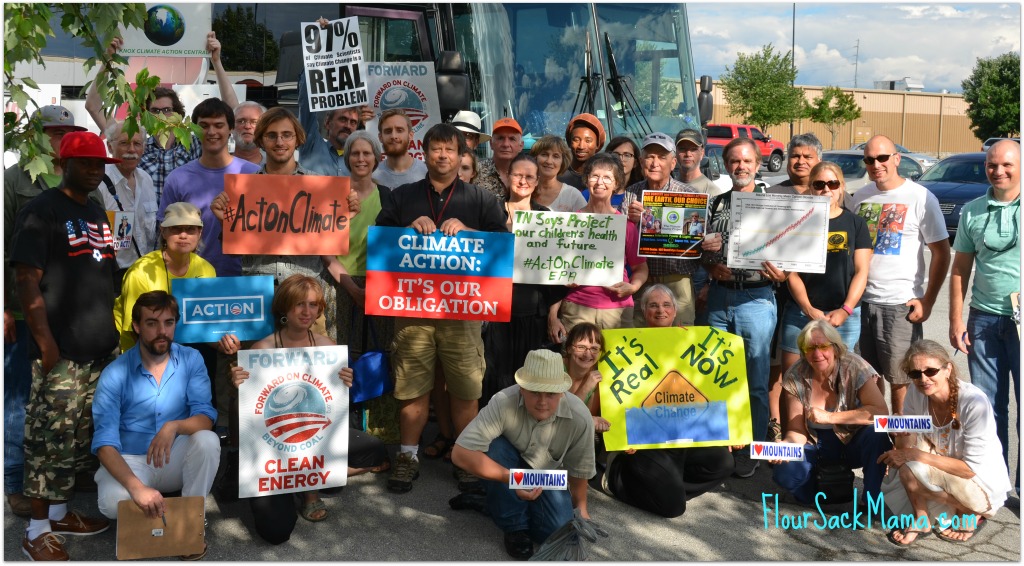 While people have always experienced severe weather from time to time, climate scientists have been gathering data that shows in recent decades, climate change has been exacerbating weather extremes. The US National Climate Assessment reports this about the Southeast, “Increasing temperatures and the associated increase in frequency, intensity, and duration of extreme heat events will affect public health, natural and built environments, energy, agriculture, and forestry.”

While most Tennesseans talk about the weather, only a thoughtful few like Mary Norris of Oak Ridge are paying attention to EPA efforts to curb carbon pollution that scientists show is contributing to a more volatile climate.  We asked Norris how it feels to know that many moms and grandmothers like herself are still ambivalent about the need to #ActOnClimate.  “It makes me feel sad, it worries me because they’re not slowing down enough to stop and think about what’s happening.  They can see some of the effects. Last night we had a thunderstorm like I haven’t heard or seen before.  Two or three years ago we did have a whole summer of 90 degree weather. In all the time I was growing up I never saw that, not in this area.” 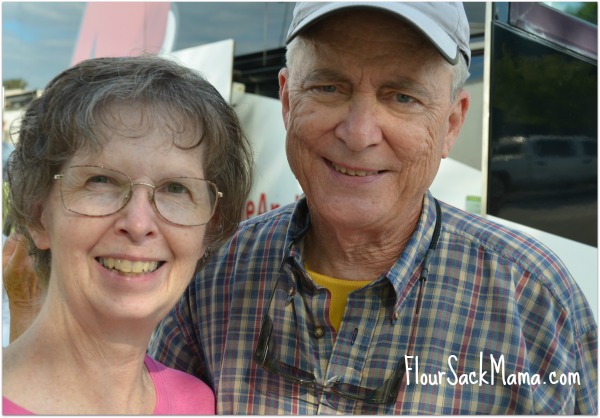 The new federal report on climate points out a number of reasons the Southeast should be concerned about climate change. “Decreased water availability, exacerbated by population growth and land-use change, will continue to increase competition for water and affect the region’s economy and unique ecosystems.” While individual actions like energy efficiency can help, the EPA is asking all states to find ways to clean up harmful carbon pollution from power plants.  The NCA reads, “In 2012, power plants and major industrial facilities in Tennessee emitted more than 50 million metric tons of carbon pollution—that’s equal to the yearly pollution from more than 11 million cars.” 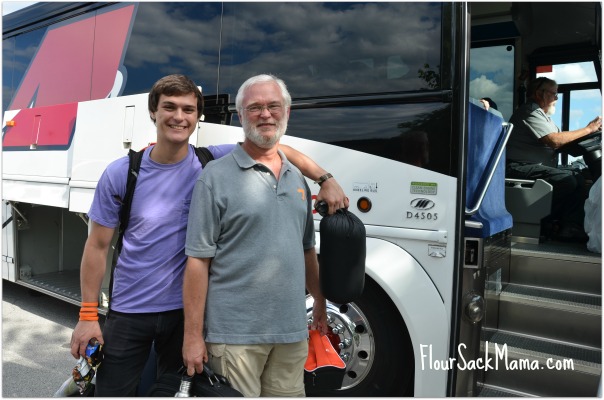 “We’re running out of time and have got to start doing something,” exclaimed computer scientist, chemist and University of Tennessee researcher Dan Terpstra, PhD.  He hoped to testify before the EPA that not only is reducing levels of CO2 in the atmosphere from current 400 ppm a scientific reality to keep the globe from reaching a destructive tipping point, but it’s a moral imperative.

As an outspoken Christian who helped the Presbyterian Church examine climate stewardship, Terpstra shared, “We’ve got a Genesis mandate to be stewards of Creation.  And if you take that seriously it means that we can’t be destroying our climate, and that’s exactly what we’re doing right now.  We’re the ones that are doing the destruction and we’re the ones that have to solve it.” When we asked why Terpstra brought along his college-aged son for the trip to Atlanta, they both quickly answered, “I’m not bringing my son, he’s coming along.”  Son Ben, who studies at Vanderbilt, added, “he couldn’t have kept me at home if he wanted to!” The Terpstras were instrumental in hosting  350.org leader Bill McKibben when he met with East Tennesseans last year. 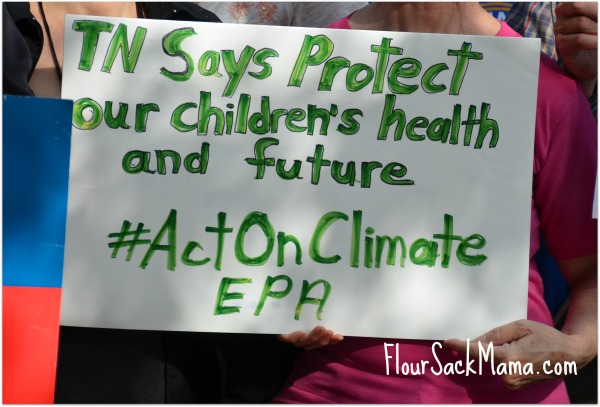 “Our young need a different kind of raising,” reminded grandmother Carol Judy about the excesses of modern society.  She works with people in her rural community to find sustainable ways of living off the land while preserving their mountain heritage.  At the outset of this trip, she seemed optimistic about a climate solution.  “It took more than three generations to get where we are now. It can take three generations again as we go in a different direction.”

What about concerns that too much energy regulation could hurt businesses, jobs and a way of life? Sierra Club’s Jonathan Levenshus pointed to the Clean Air Act  “In the 40 year history of Clean Air Act, we’ve never had a problem where the economy has been harmed as a result of stopping air pollution, and that’s the basis of the EPA’s clean power plan. It’s about strengthening the economy and it’s about controlling pollution that’s never been controlled before.”

The same air pollution contributing to extra carbon in the atmosphere is also making things hard on asthma sufferers.  Levenshus said, “The EPA’s clean power plan will protect our family’s health, it will lower energy costs, it will create jobs and grow the economy.” Why should people care about carbon pollution and #ActOnClimate? Norris explained it simply, “So their children and grandchildren have a healthy planet to live on.

*If you want to submit a comment to EPA about the proposed clean power plant rule, you’ll find instructions at this link.