Could the American food supply be at risk from a lack of healthy pollinators in our farms and gardens? That’s the concern behind a new Pollinator Health Task Force established by President Barack Obama this summer.  Of course, pollinators, especially bees, are critically important for agriculture.  Here’s what the White House sent out in a June 20 memorandum:

Pollinators contribute substantially to the economy of the United States and are vital to keeping fruits, nuts, and vegetables in our diets. Honey bee pollination alone adds more than $15 billion in value to agricultural crops each year in the United States. Over the past few decades, there has been a significant loss of pollinators, including honey bees, native bees, birds, bats, and butterflies, from the environment. The problem is serious and requires immediate attention to ensure the sustainability of our food production systems, avoid additional economic impact on the agricultural sector, and protect the health of the environment. 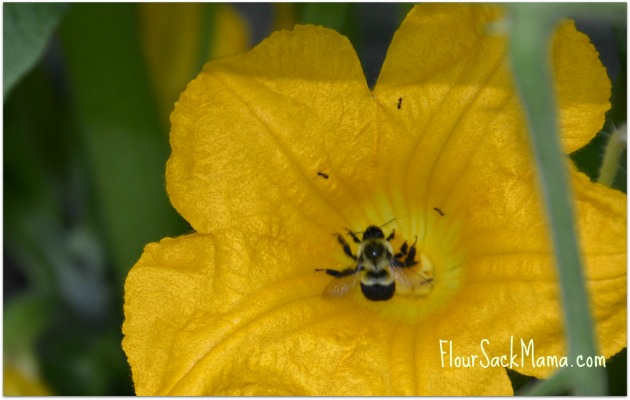 Various stressors on pollinators can include exposure to neonicotinoid pesticides, which the President directs the Environmental Protection Agency to assess.  This direction comes more than a year after the European Commission decided to temporarily ban three of these insecticides because of risks to bees. The specific chemical pesticides are clothianidin, imidacloprid and thiametoxam.

Scientific findings by Harvard researchers have repeatedly shown a link between the neonicotinoid class of pesticides and colony collapse disorder that has been wiping out colonies of honey bees.

“We demonstrated again in this study that neonicotinoids are highly likely to be responsible for triggering CCD in honey bee hives that were healthy prior to the arrival of winter,” explained the study’s lead author Chensheng (Alex) Lu who serves as associate professor of environmental exposure biology at the Harvard School of Public Health.

The President’s memorandum is much broader than just calling for a study of pesticides.  It also calls for more study of any potential health risks to pollinators and requires emphasis on preserving habitat for pollinators on public lands.

As for our own garden, we tend to see fewer honeybees these days, but we welcome other bees, butterflies and any insects able to contribute to pollination. That’s one reason why we avoid toxic, persistent pesticides in the vegetable garden.