Inspiration and inquiry were themes of the community meeting Whole Foods Market hosted today for East Tennessee residents. The gathering drew a mix of nonprofit community leaders, local businesses and media to a downtown art gallery.

This, in anticipation of a Spring 2015 opening for Whole Foods Market in West Knoxville.  The popular grocery chain says it plans to build its signature store by revitalizing the shopping center at Papermill Road and Kingston Pike.  Store plans were on display for the public. 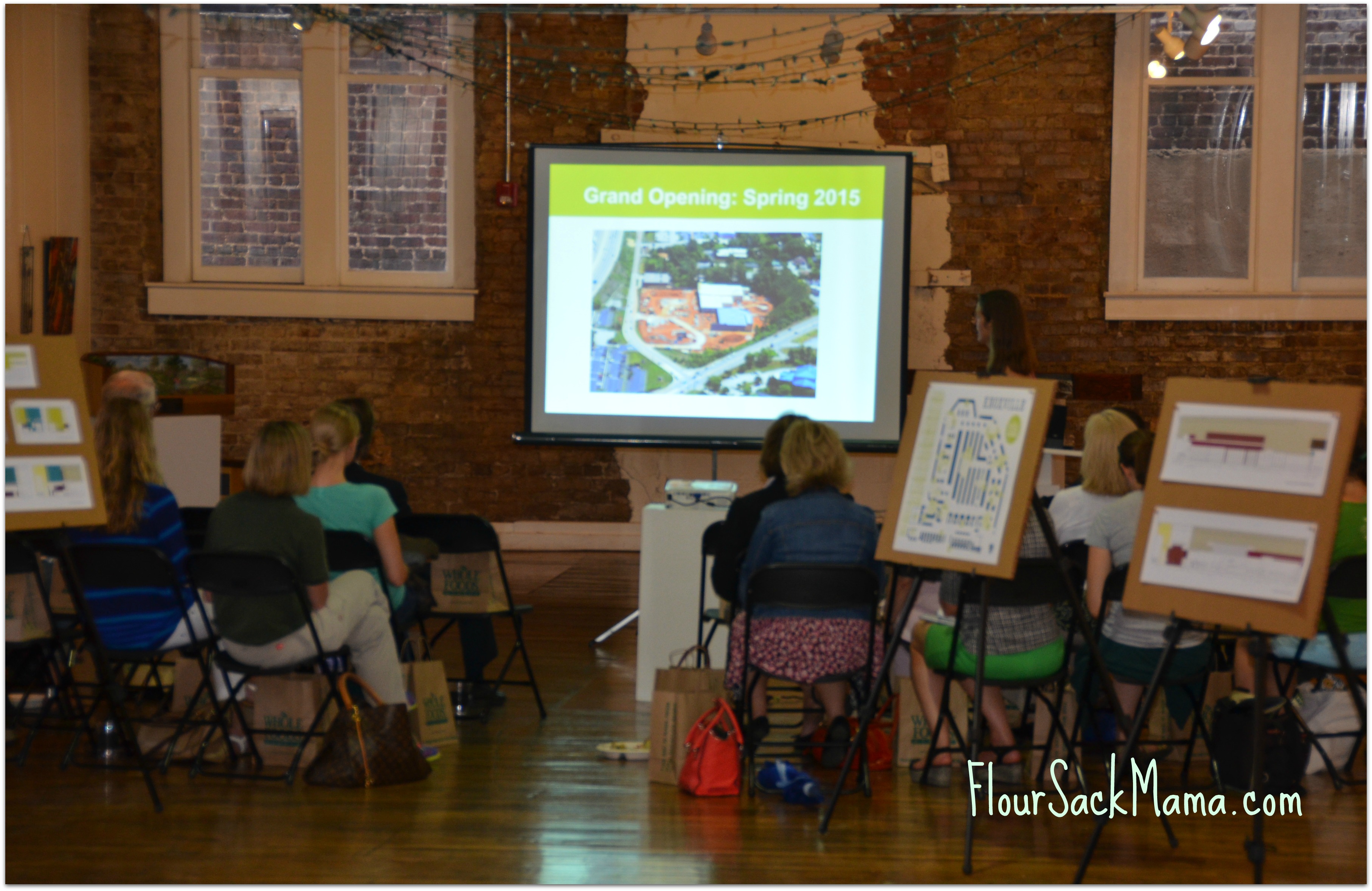 The community meeting was hosted by the Mission, Culture & Higher Purpose Coordinator Amanda Musilli.  She mentioned that the store is working on a plan to donate excess perishable food to charity. She also expressed positive interest in partnering with various civic groups in the area. The store plan includes a meeting space for education and outreach.  Whole Foods also supports school gardens through its Whole Kids Foundation.

The community meeting followed a day of Whole Foods meetings with East Tennessee farmers and entrepreneurs in its effort to stock uniquely local products at its new Knoxville store. The Whole Foods approach to food includes a stated commitment to have all genetically modified ingredients labeled in its stores by 2018.  “You have a right to know if that’s in your food,” said Musilli.

The Austin-based company has long been a leader in the organic food movement, while still offering many conventional foods. The Knoxville area already has at least three other healthy grocery stores as well as a member-owned food cooperative and robust farmers’ markets.  Whole Foods has been cautiously delaying entry into the Knoxville market for the past couple of years, but now store leadership says the time is right for an opening in 2015.

Team Up with Healthy Stuff On Carseat Research
Saturdays in the Garden: Reflections & Photos