Lauren Wood says her life has changed for the better since she stopped eating GMO foods. “Since I started to eat organic and non-GMO food, I’ve lost 40 pounds in the last year,” shared Wood.  The Knoxville area mother of two says even if she spends a bit more on groceries, she saves by no longer needing to buy blood pressure and thyroid medicines. 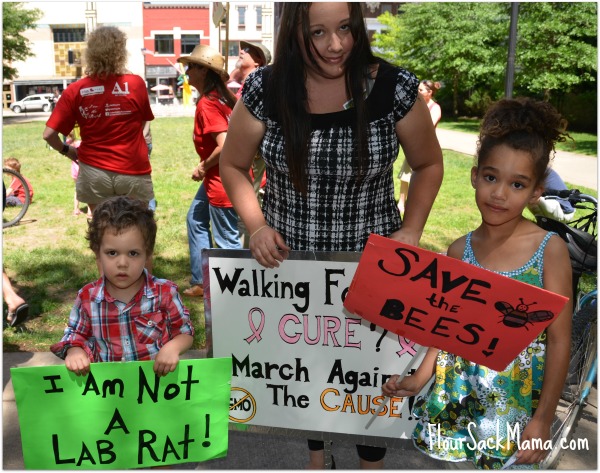 Wood was one of several East Tennessee women who brought their children along for Knoxville’s March Against Monsanto event on Saturday.  Knoxville’s downtown march, covered by prominent local media, was one of approximately 400 simultaneous events in cities around the globe. Participants, both in-person and on social media, are concerned about crops created with laboratory engineered genetically modified organisms. 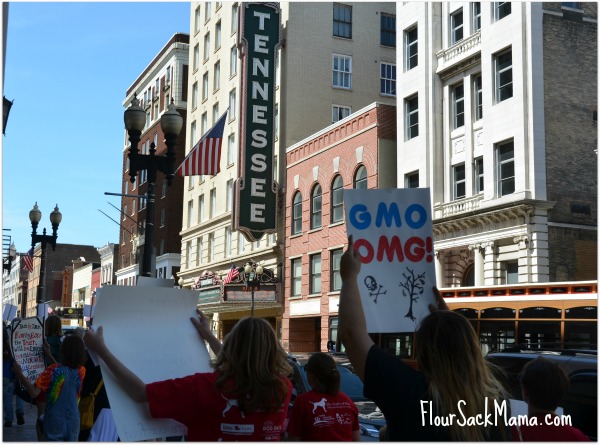 March Against Monsanto
on historic Gay Street in Knoxville, TN

These man-made, patented seeds for food ingredients like corn, soy and sugar beets are dominant in our grocery stores already, but manufacturers are allowed to keep them a secret by not labeling them. They’re also the reason why many farmers cannot save seeds to replant from year to year because large biotechnology companies like Monsanto claim the rights to those seeds. 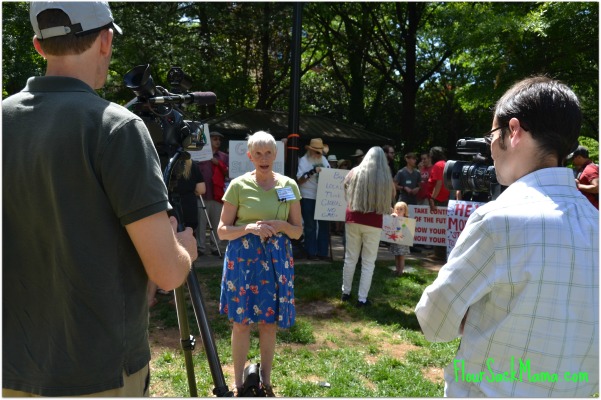 Retired physician and speaker Mary Headrick explained to the crowd why GMOs are such a health concern.  She later summed up for the Flour Sack Mama audience, “I’m concerned that we don’t know yet if there are lasting adverse effects for the people who ingest a GMO-modified plant.  So, until we have more studies I think we need to be very cautious. And I’m also quite concerned as a physician that we are going to impact our food supply by creating a monoculture that doesn’t survive as our climate changes.”

Headrick, who practiced medicine for 30 years and recently retired as she runs for Tennessee’s 3rd District Congressional seat, cautioned that part of the concern about GMOs is the heavy use of pesticides and potential residues.  “You need to wash your foods carefully.  And there are some foods in which the pesticide can be incorporated in the pulpy part that you eat, and so you need to be very aware of that issue.  I think that causes some neuropathies, but we don’t have that scientific causal link, so that’s part of why we need to be so careful.” 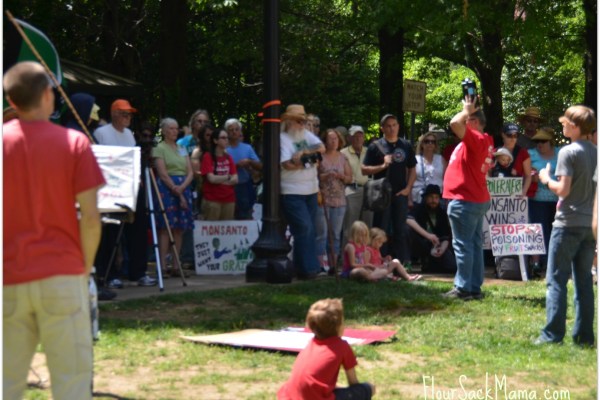 Also speaking to the gathered crowd was internationally known speaker Birke Baehr, whose TED Talk at age 11 got the attention of a million and a half people, when he proclaimed, “I discovered the dark side of the industrialized food system.” 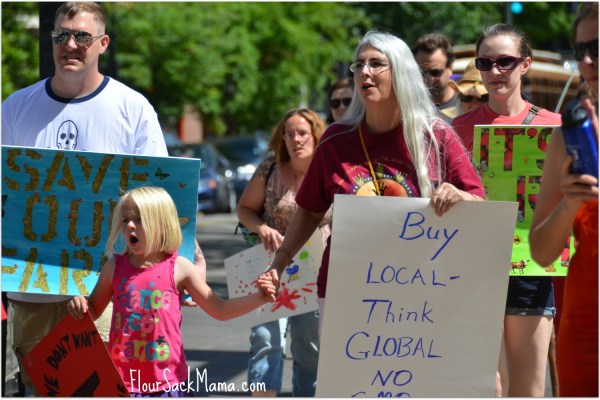 Fact-filled literature handed out to the crowd from the Organic Consumers Association noted that, among other health concerns, GMO foods have a suspected link to skyrocketing food allergies.  Global biotech company Monsanto is the center of this health concern because it holds patents on most GMO seeds.  The company maintains that it conducts safety testing and that its products are safe and even necessary for large-scale agriculture. The company sells both GMO seeds and the increasing amounts of pesticides needed when growing them. 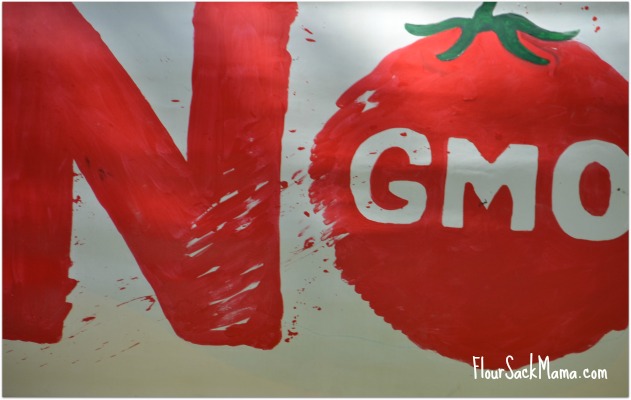 Some in Tennessee would like to see the state become a GMO-free zone, thus protecting organic and heirloom farms and gardens from pollen drift. Another initiative would be to have all GMO foods labeled so consumers could make informed choices.  You can connect on the Label GMOs Tennessee Facebook page. 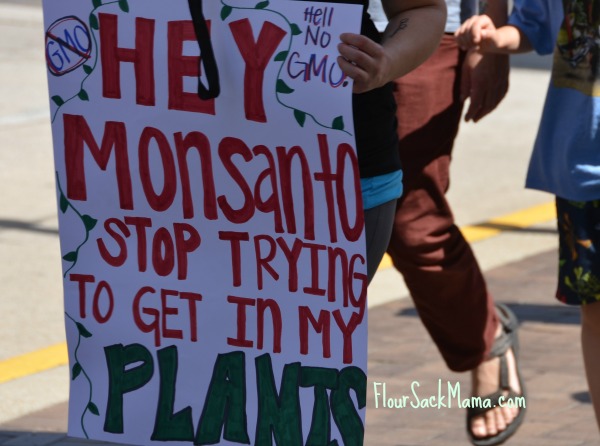 Observing the marchers on Gay Street was a winning high school science team from Beijing, China in town for the Destination Imagination competition.  Trophy in hand, the team led by instructor Jian explained to me that in their country, they already have GMO labeling.  For instance, they explained, you can see right on the can of cooking oil whether or not it is GMO.  China, like more than 60 other countries, already labels GMO in food while the United States does not.

The range of signs carried by the crowd through downtown Knoxville and ending up in Market Square covered health and labeling concerns as well as the need for food freedom.  One marcher who called himself the Frugal Farmer carried seeds along with him and shared with the group, “Each and every one of us needs to collect and save all the heirloom seed we can possibly get our hands on.”

We brought you news about a similar march last fall.

More here about the March Against Monsanto organization.

Here’s a look at the Monsanto company’s responses on their own website to widespread concerns about product safety.