Salt Lake City is a community of contrasts.  It was founded by Brigham Young and still celebrates the history of the Mormon church. The downtown Temple is the largest for this denomination, with its own visitors center and nearby library and genealogy center.   Yet members of the Church of Jesus Christ of Latter Day Saints are now less than the half the city’s population. 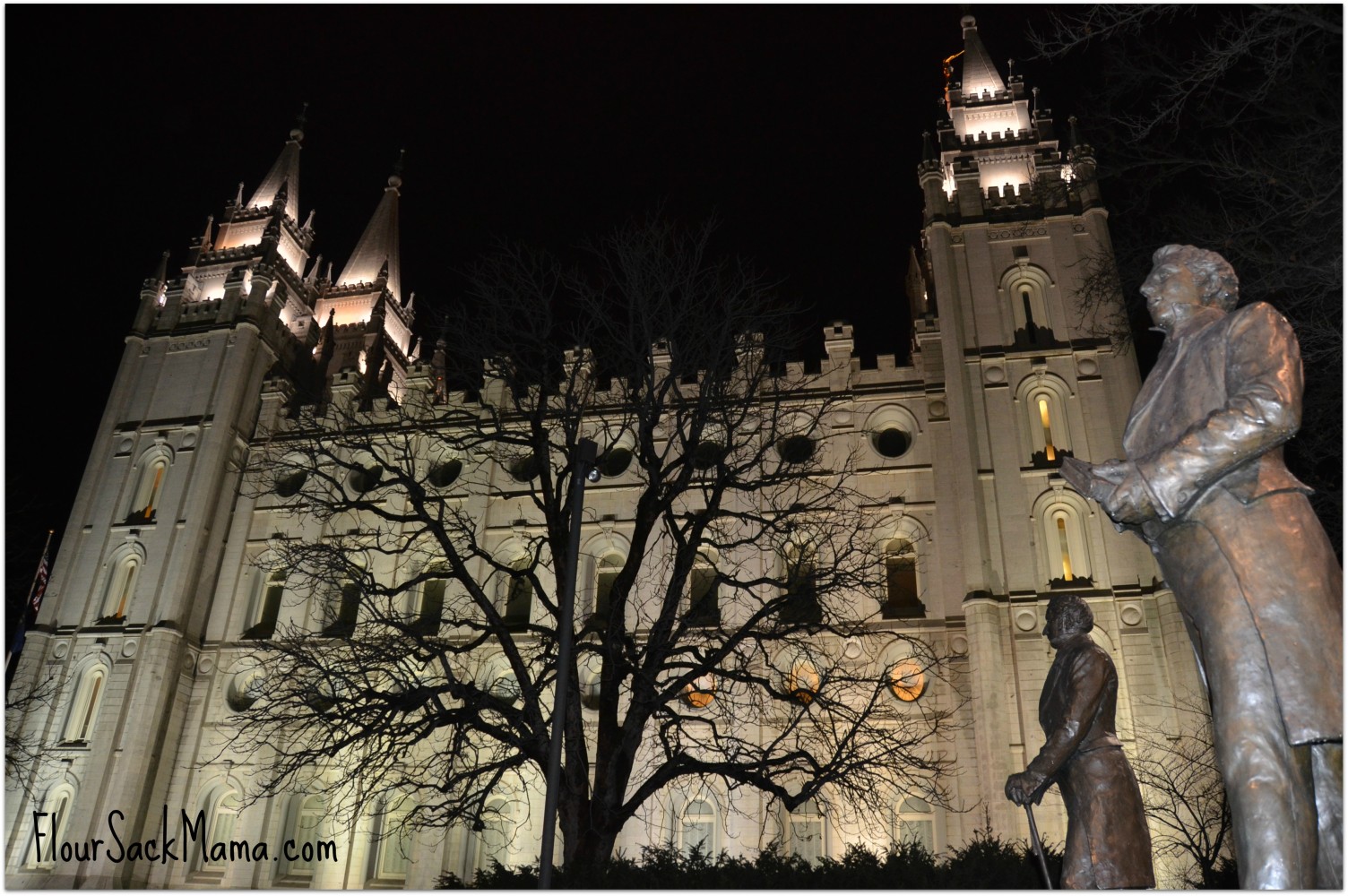 Many people still travel by car in this Western city with its mountains for backdrops.  Yet, the new TRAX system was installed just in time for Salt Lake City to host the 2002 Winter Olympics. 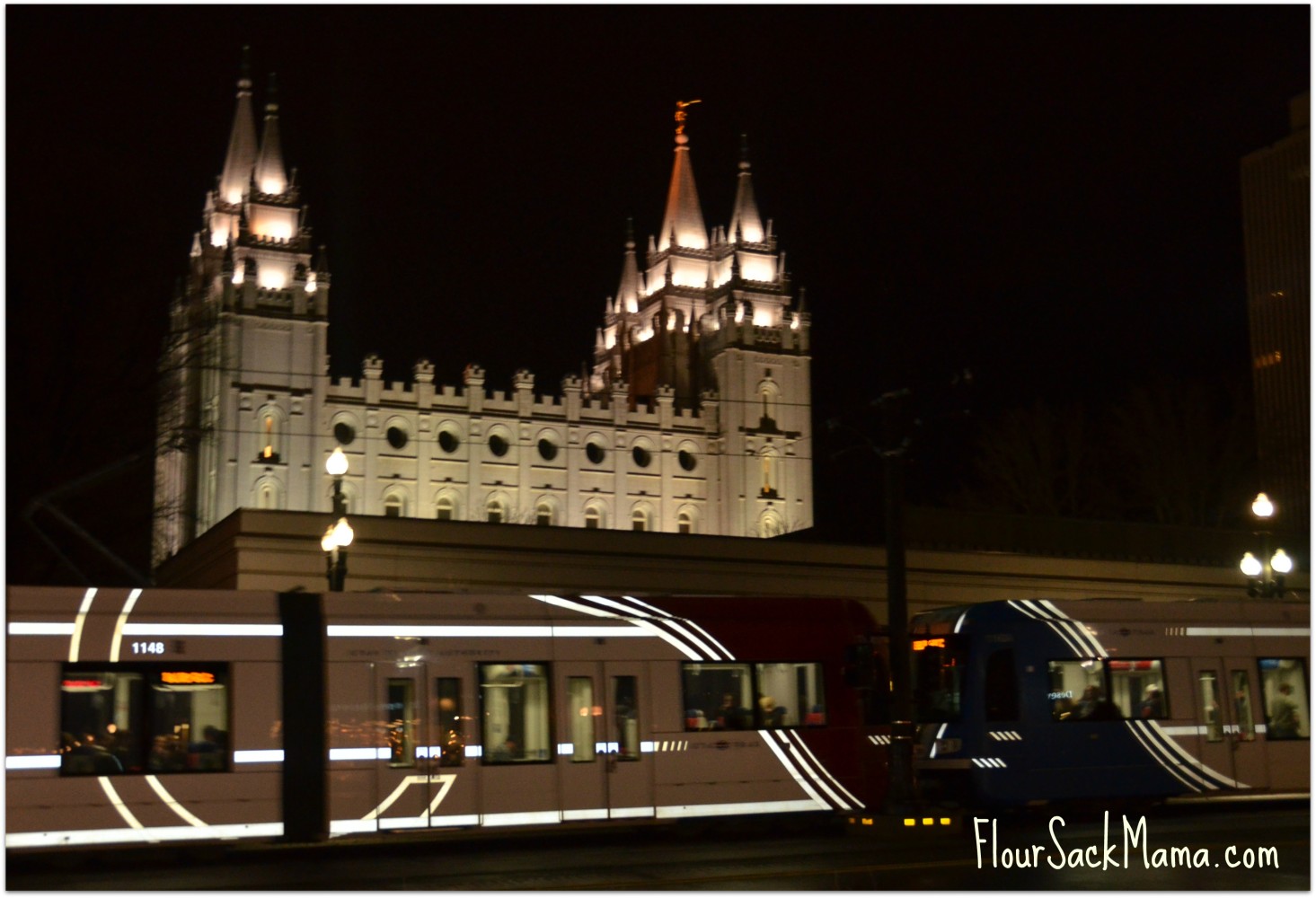 Banking, gourmet eateries and shopping thrive in the city’s downtown.  A regular fountain show in City Creek shopping center seems less of a tourist attraction and more of an ethereal experience, with its fire and angel choir music. 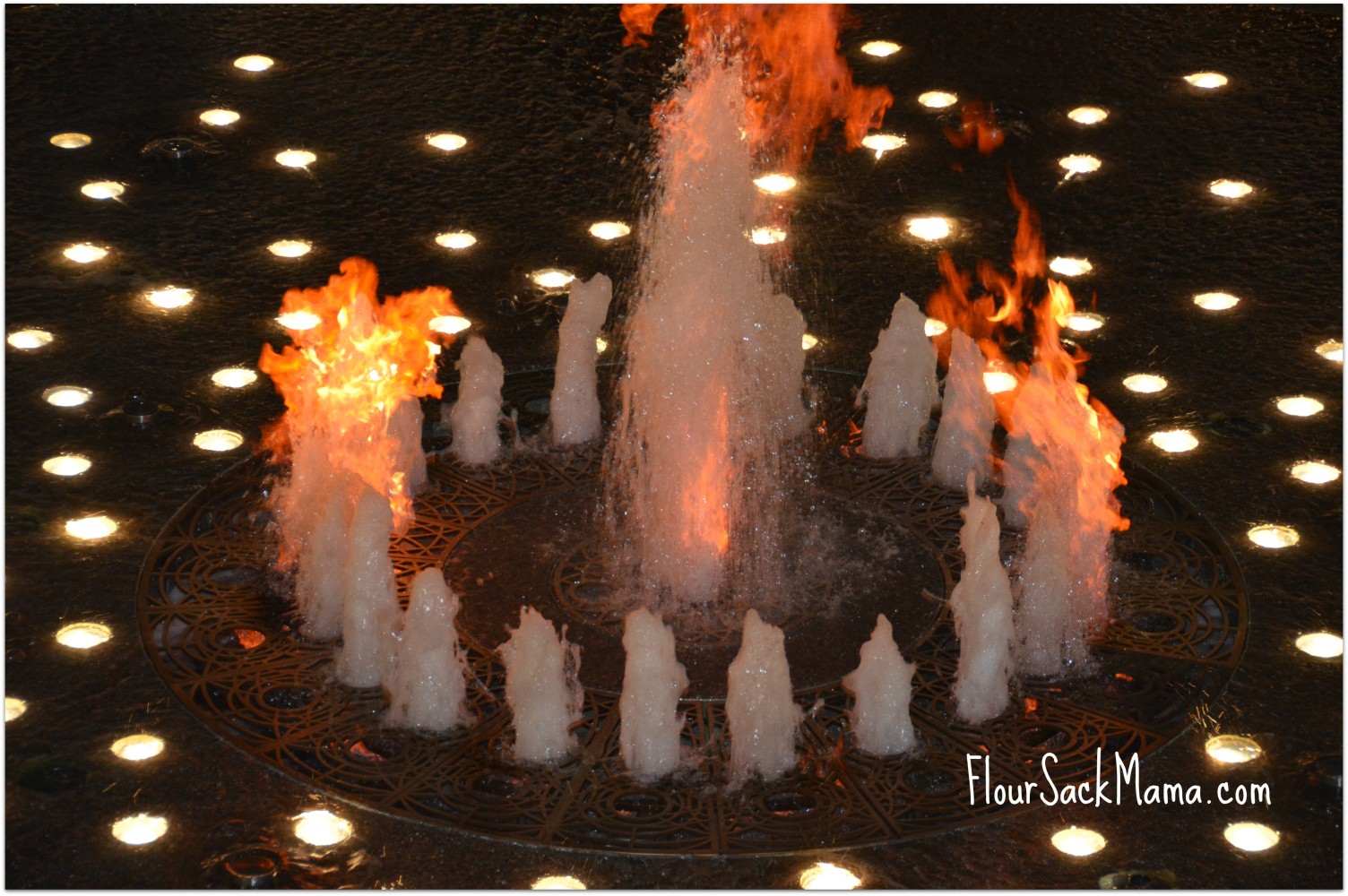 The dome of Utah’s capitol building glows in the distance, paling in comparison to the grandeur of the downtown LDS Temple and everything surrounding Temple Square. 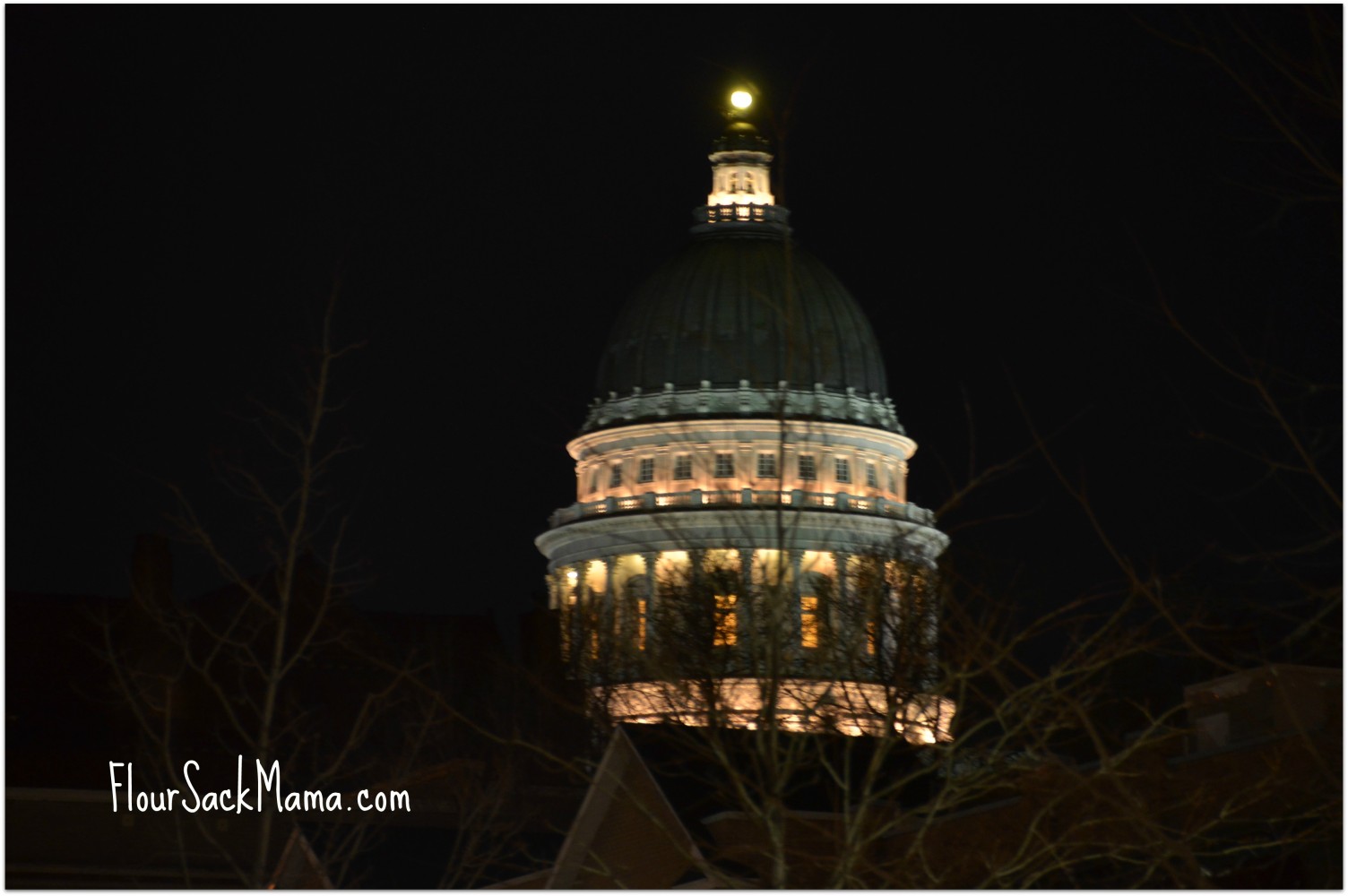 Here are a few glimpses of downtown Salt Lake City at night. 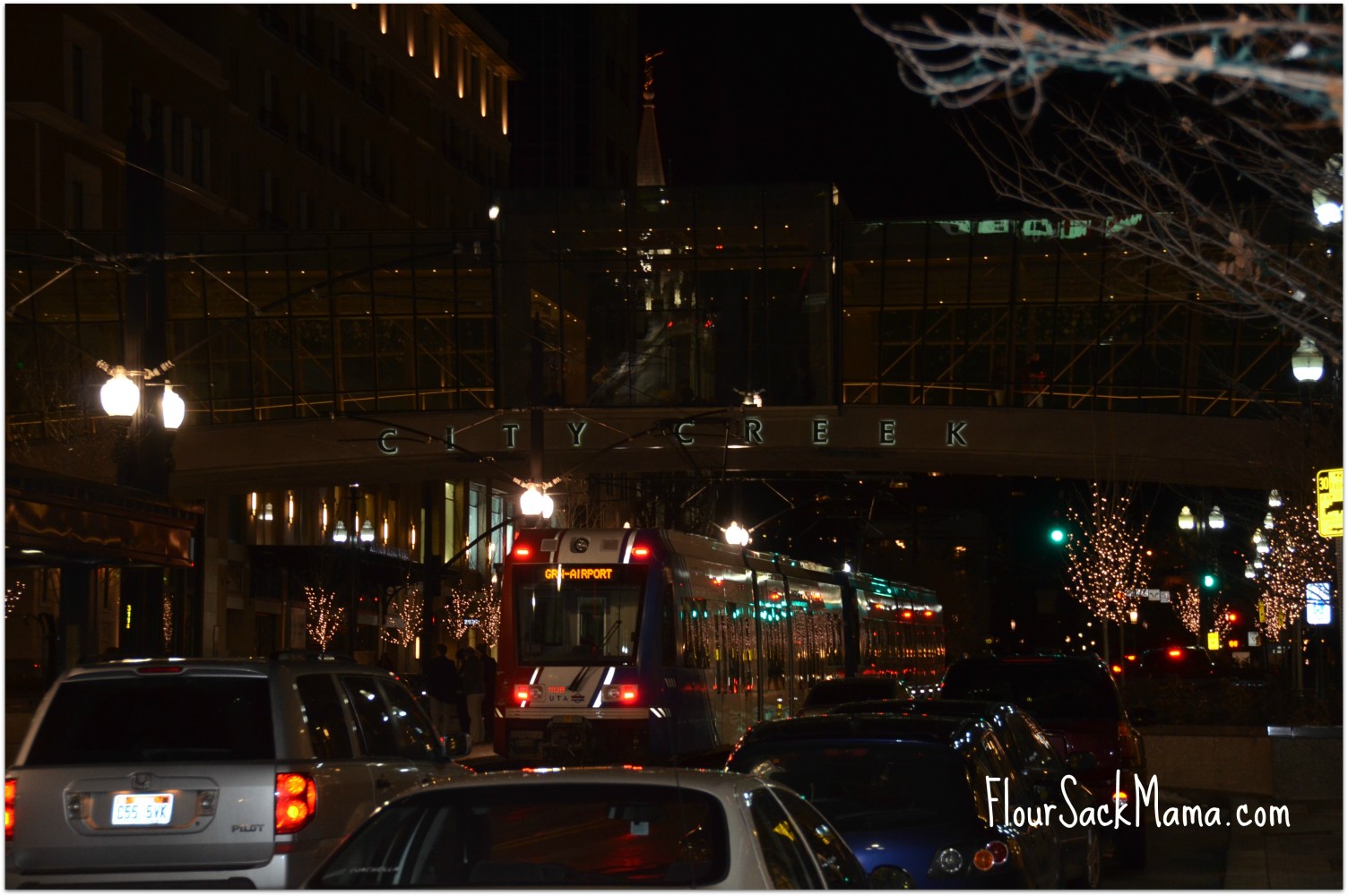 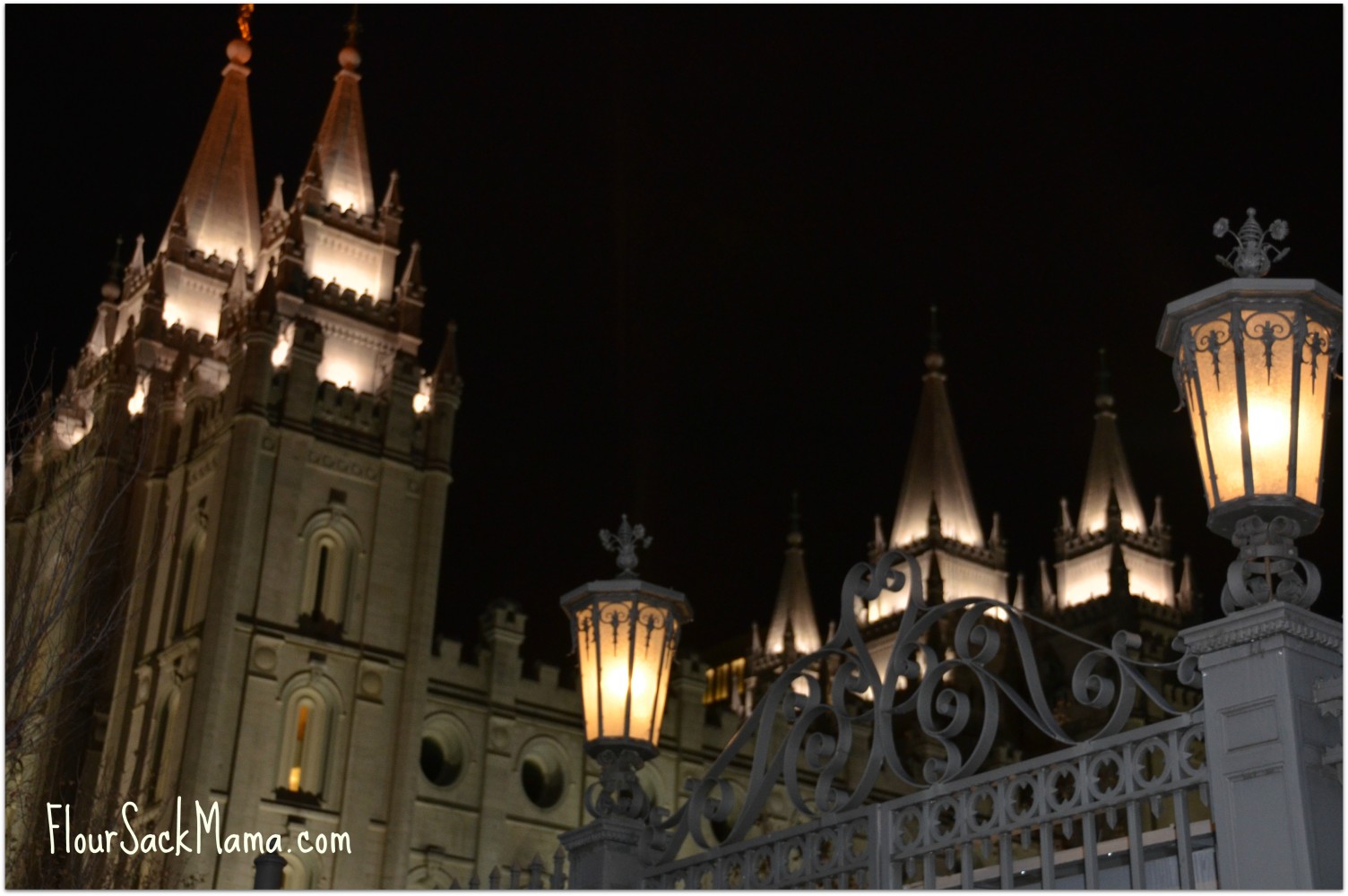 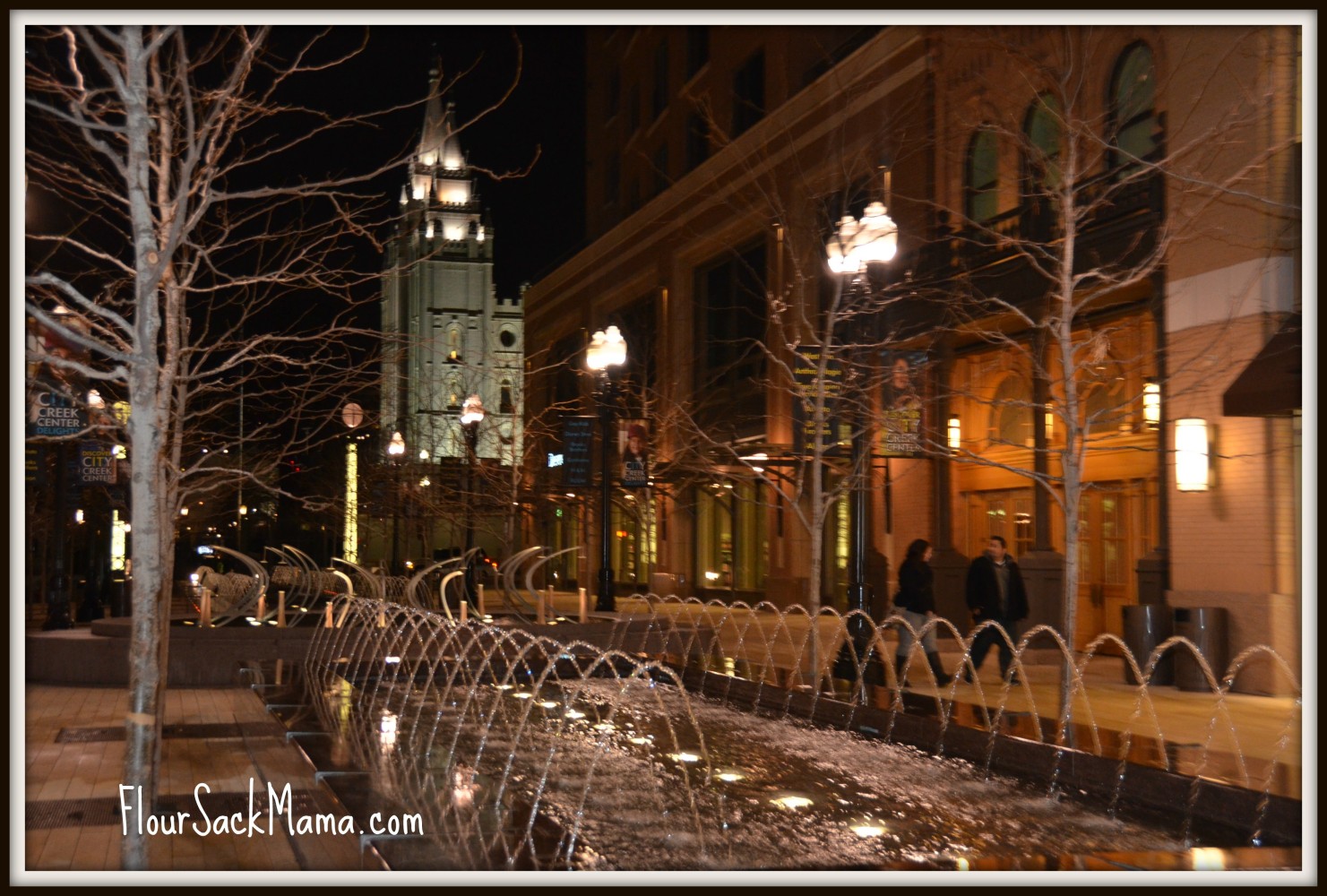