We do so much to live healthier lives:  we head outdoors, commit to fitness routines and choose wholesome foods.  We’re even becoming savvier shoppers.  We take personal responsibility for a healthier future.  But when it comes to consumer safety in the United States, we still can’t do it all alone. That’s why it made perfect sense to me, as a woman, parent and blogger, to join in the efforts of the Safer Chemicals, Healthy Families coalition. I wanted to join with other concerned moms who agree that buying safe products for our families shouldn’t involve a lot of guesswork. 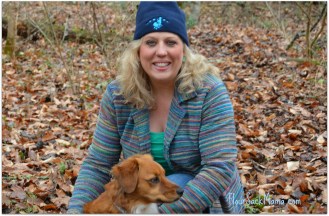 The year 2013 was a busy and challenging one for SCHF.  It included positive strides connecting real people like you and me with our favorite stores through the Mind the Store campaign. We’ve been demanding better standards for products sold by retailers like like Walmart, Costco, Walgreens, Kroger and Target. Finally, the stores are listening and responding with some of their own gradual initiatives.

Encouraging businesses to regulate themselves is still not enough.  We already have a federal law on the books that’s supposed to ensure chemicals are safe. Trouble is it never worked, it’s decades old, and it isn’t even close to keeping up with today’s science.  Pediatricians, educators and environmental scientists share a concern that our children are exposed to an untested mix of chemicals linked to health risks in their everyday lives, starting with products we bring into our homes.

SCHF and its 450 member partners have urged real reform to protect women, children and the most vulnerable among us.  The currently proposed Chemical Safety Improvement Act in Congress would NOT protect the most vulnerable as it should.  SCHF has issued a clear explanation  of what would have to change for this legislation to be effective.

Curiously, this misguided piece of legislation has come about because even out-of-touch lawmakers and elite chemical industry executives know people are demanding change for the better.  They’ve seen the power of hundreds of concerned parents marching with nurses and pediatricians on Capitol Hill. They saw millions of people reached through the power of social media as we live Tweeted during a Senate hearing on the subject.  And they’ll be hearing from the ever-growing ranks of SCHF members in 2014 — scientists, medical experts, and everyday advocates like you and me who believe in a healthier future for everyone.