Waters near sites of hydraulic fracturing for natural gas in Colorado have higher-than-normal hormone disrupting properties, according to a newly released study.   This points to measurable changes to both surface and groundwater that could be a threat to public health.  It’s the latest in a slew of studies pointing to health and environmental concerns surrounding natural gas extraction, commonly referred to as fracking, despite the technology being touted as part of a “clean energy” future.

Help fund the next step in this historic research here through the scientists’  crowdfunding site! 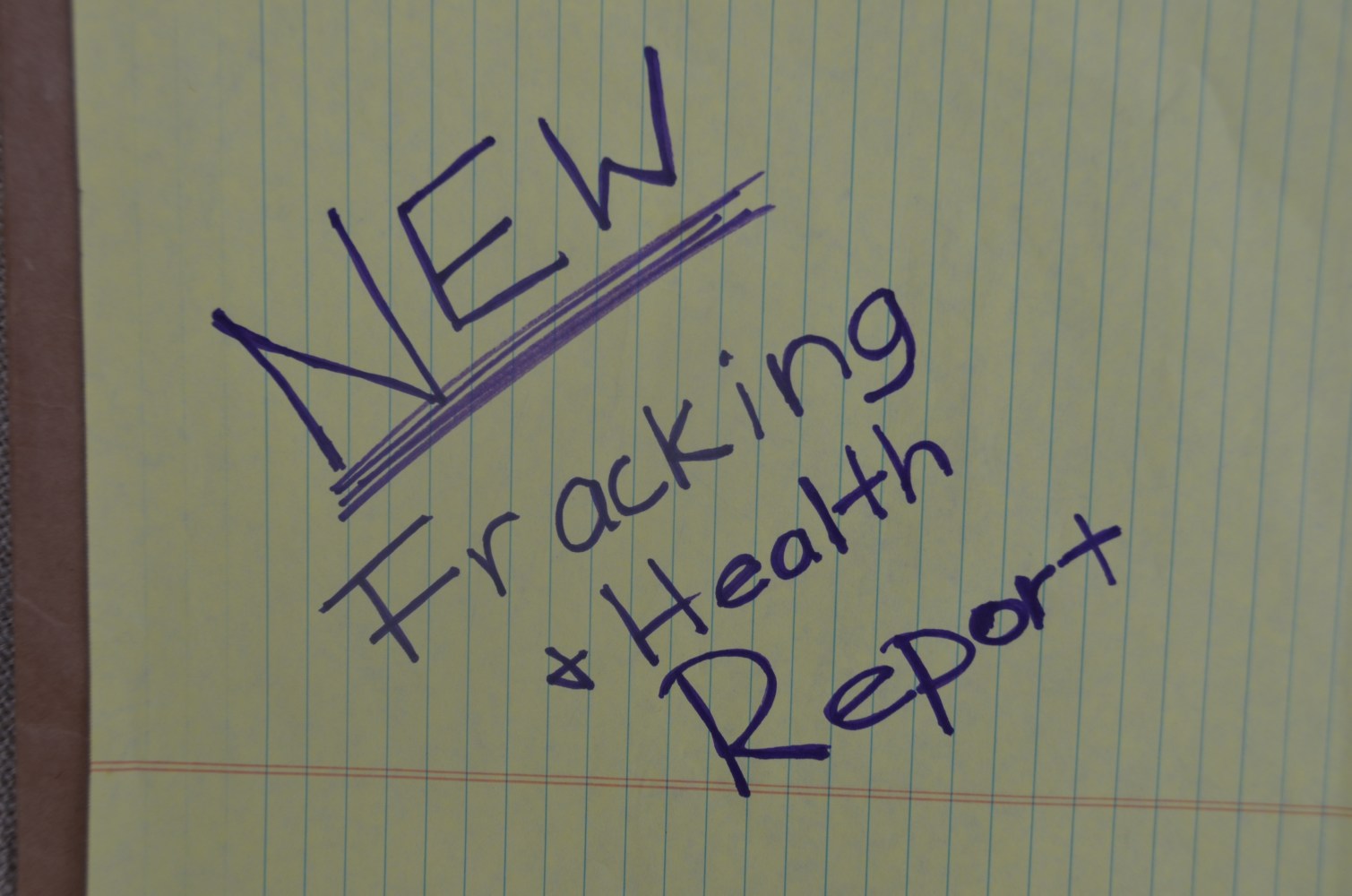 Researchers analyzed water samples from Garfield County, Colorado, comparing them to water samples from outside this drilling-intense area. They tested for evidence of endocrine disrupting chemicals or EDCs linked to several health problems.

Scientist Susan Nagel, PhD and study co-author explained to FlourSackMama.com, “EDC activity can increase infertility, cancer, metabolic disease, immune disease, behavioral problems and others in laboratory animals.  We did not measure any of these endpoints; however, EDCs have also been associated with these endpoints in people.”

Fracking involves injecting millions of gallons of water infused with toxic chemicals deep underground, releasing some naturally occurring radioactive materials from the earth, and recovering at least a portion of that water for disposal.  Industry maintains it follows safety measures, while many wonder how much of fracking’s chemical cocktail remains in the earth and worry about safe disposal of water that is recovered.

Researchers say they also studied a dozen known or suspected chemicals used in fracking operations. They report finding certain properties that show the chemicals can interfere with the ways our bodies normally function.  The report states, “While these chemicals were selected because of their suspected or known EDC activity, very few had been shown to have direct receptor activity.  Thus, this is the first demonstration of these antiestrogenic or antiandrogenic activity for most of these chemicals.”

“I think this is adding further credence to the fact that wells that are fracked or other forms of well stimulation do cause pollution sometimes,” commented Environmental Working Group’s Bill Allayaud. EWG has been nationally critical of lax safety measures for fracking.  In California, Allayaud is closely watching state officials ponder first-of-their-kind regulations for all gas and oil drilling.

The Environmental Protection Agency is conducting an ongoing study to see how fracking affects public waters.  Meantime, fracking gets a loophole exempting it from major environmental protections such as the Clean Water Act.

Concerns about fracking’s impact on human health, wildlife tend to be long-term.  Sierra Club Rocky Mountain Chapter Conservation chair Kirby Hughes said, “When it comes to pollution of groundwater, it’s a large problem that’s largely unrecognized by the public.  It’s out of sight out of mind.”  There are ongoing concerns about migration of fracking pollution into underground aquafers that will eventually provide someone’s drinking water.

This new report states a call to action, “There is evidence that hydraulic fracturing fluids are associated with negative health outcomes, and there is a critical need to quickly and thoroughly evaluate the overall human and environmental health impact of this process.  It should be noted that although this study focused on only estrogen and androgen receptors, there is a need for evaluation of other hormone receptor activities to provide a more complete endocrine disrupting profile associated with natural gas drilling.”

EWG’s Allayaud added that perhaps this latest study will help elevate a national conversation about the safest way to conduct fracking or whether it can be done safely at all.  “We’ve been sounding the alarm about fracking for over five  years now.”

Nagel led a team of researchers with the University of Missouri and US Geological Survey, with grants from the Passport Foundation Science Innovation Fund and EPA.

You can access the entire research report at The Endocrine Society.

Tennesseans Concerned about Fracking, Oil/Gas Extraction Impacts on Health & Environment
Chemical Spill Leaves Many West Virginians Without Clean Tap Water, Unclear When It Will Be Safe