You start out with something not going your way. You fall down. You get back up. You finish what you started. 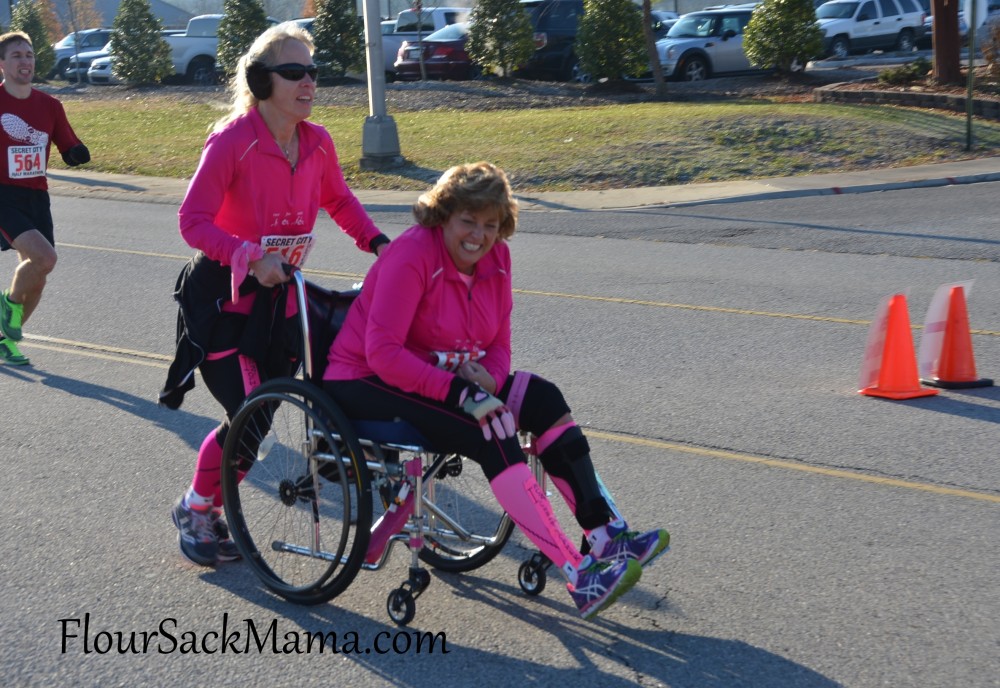 You couldn’t imagine a clearer metaphor for life than the one Vicky Wallace and Melissa Peplow measured in strides on a cold December morning in East Tennessee.  The friends finished a personal best for a half marathon run, and it was their first such public run aside from a virtual half marathon a few weeks prior.  They’d been training for this since spring.  When I took my first photo at their halfway mark, I didn’t realize they’d already had a tumble, with Vicky falling out of her wheelchair.  As Vicky described later with an unbreakable smile, it didn’t hurt their time much.  And if she’d have bruises the next day, she wasn’t complaining. 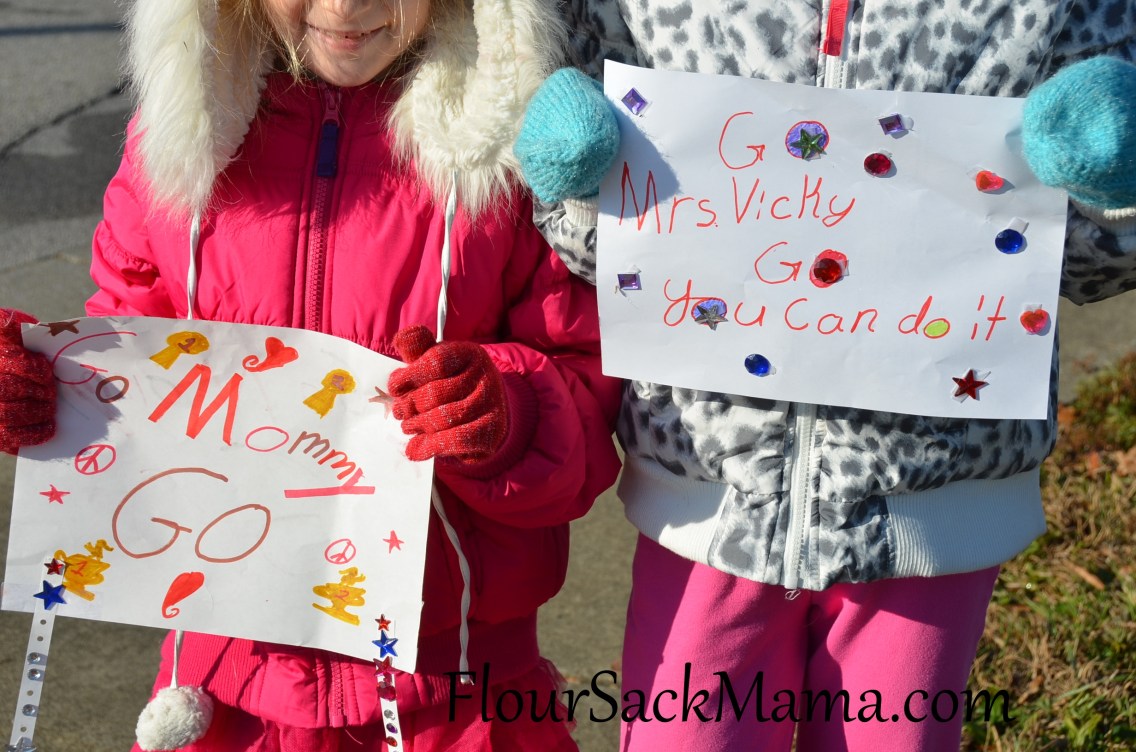 Melissa’s kids created the sweetest bejeweled signs to encourage the team called Two for One as they approached the finish line! Cheers and hugs were awaiting from family and friends, with support from the in-person and virtual running communities.  We first told you about these friends in the spring of 2013, when they’d been running 5Ks together.  At that time, they shared that their goal was to complete the Secret City Half Marathon. 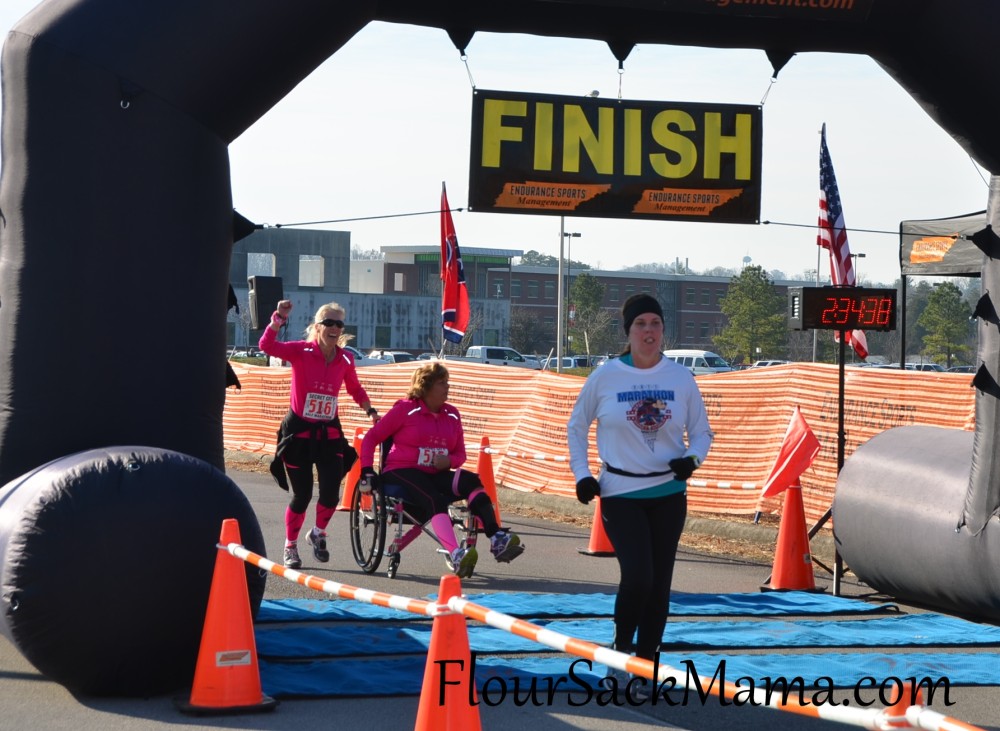 While Melissa runs behind, she guides rather than pushes Vicky’s chair.  Vicky has complete use of one side of her body, despite multiple strokes.  So from her slightly retrofitted wheelchair she pedals and pushes along, only needing an extra push on the exceptional hill. Their rigorous training routine came about with Vicky driving them to practice sites, since Melissa has a rare condition leaving her legally blind.  In addition to running, the two cross-train in taekwondo, hapkido and judo.  They incrementally moved to a midnight 8K in the summer, and finally this.  In a field of more than 700 registered runners, they finished in the top 62% for the half marathon.  They’re proud of their time of just over 2 hours and 34 minutes.

Some of the half marathon’s top finisher’s shared these words of encouragement after they crossed the finish line:

Secret City Half Marathon top 10 finisher Matt Stegall says “You’re so inspiring!” to the Two for One… http://t.co/gyF80mHUK6

Top female finisher Julie Upham in Secret City Half Marathon says “way to go!” to team Two for One! http://t.co/UJ7JmMdN7S 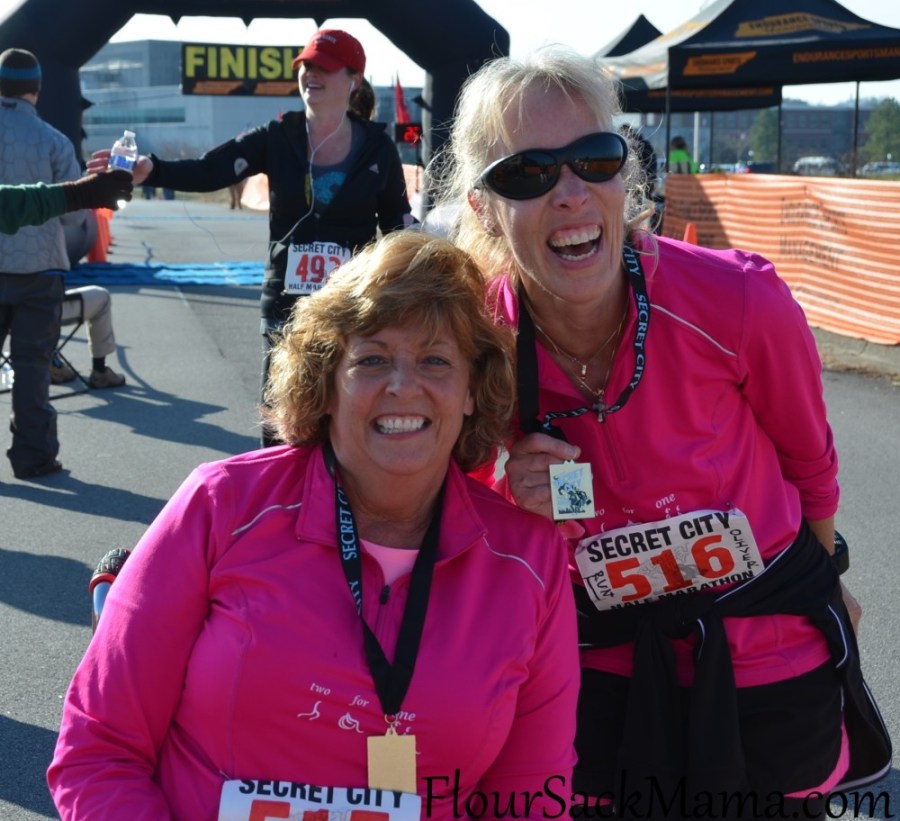 You can follow Melissa and Vicky’s training and racing efforts at their Facebook page.  You’ll see that these mothers with busy families of their own often run in honor of others with health challenges, especially children.  If this story inspires you, please use your social sharing buttons to tell your friends and inspire them, too!