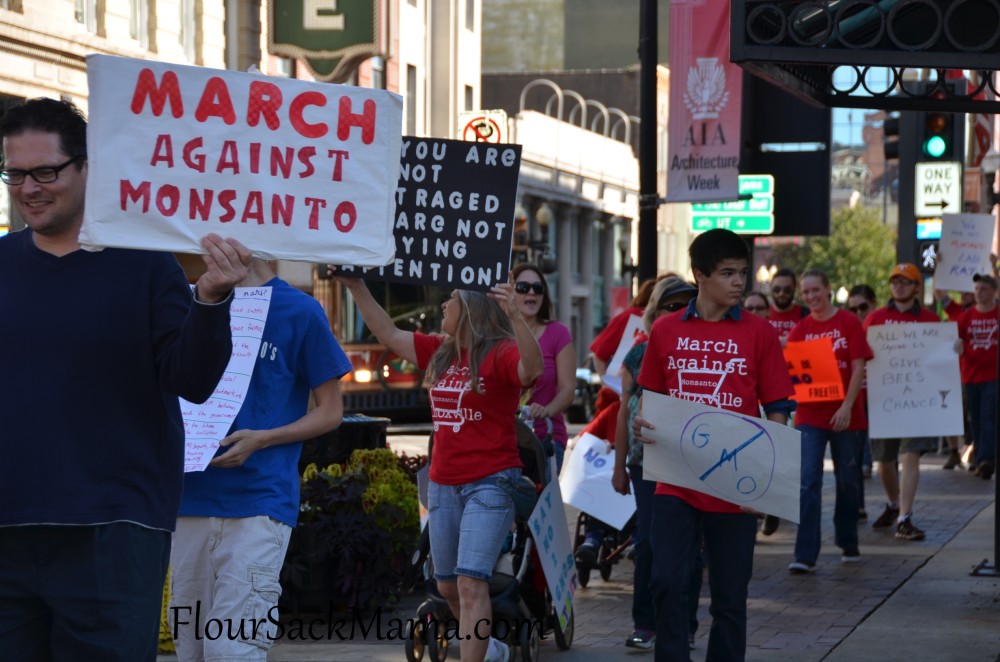 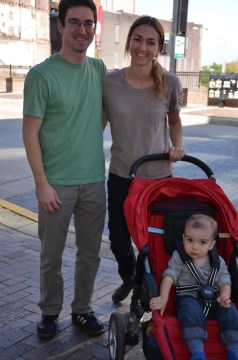 John and Callie Schindler were shopping in downtown Knoxville with baby boy Levi when they saw the long line of marchers in red t-shirts calling for GMO labeling.  They paused for a moment, noting that this food matter is something they’re concerned about every day. “We try to feed him GMO-free food,” they explained about their toddler’s diet.  “We make our own baby food.” While the Schindlers understand that spotting a USDA Organic label in the grocery store is supposed to ensure no GMOs, they don’t think it’s fair if shoppers have to pay higher prices for organics.  They’re part of the groundswell of American consumers who think it would be fair if genetically modified organism were required to be labeled on all food, so consumers could make an informed choice at all price points.

Knoxville’s March against Monsanto was one of many around the United States calling for freedom from eating GMO food products without consumers’ knowledge.  Currently, it’s perfectly legal for GMO ingredients to be sold without a label informing US consumers, even though dozens of other countries give their consumers notice.  Most processed foods containing corn, soy or beet sugar are already genetically altered.  Richard Esparza led the loosely organized march along Gay Street and Market Square, explaining plainly, “I have a family and I want them to be healthy.” 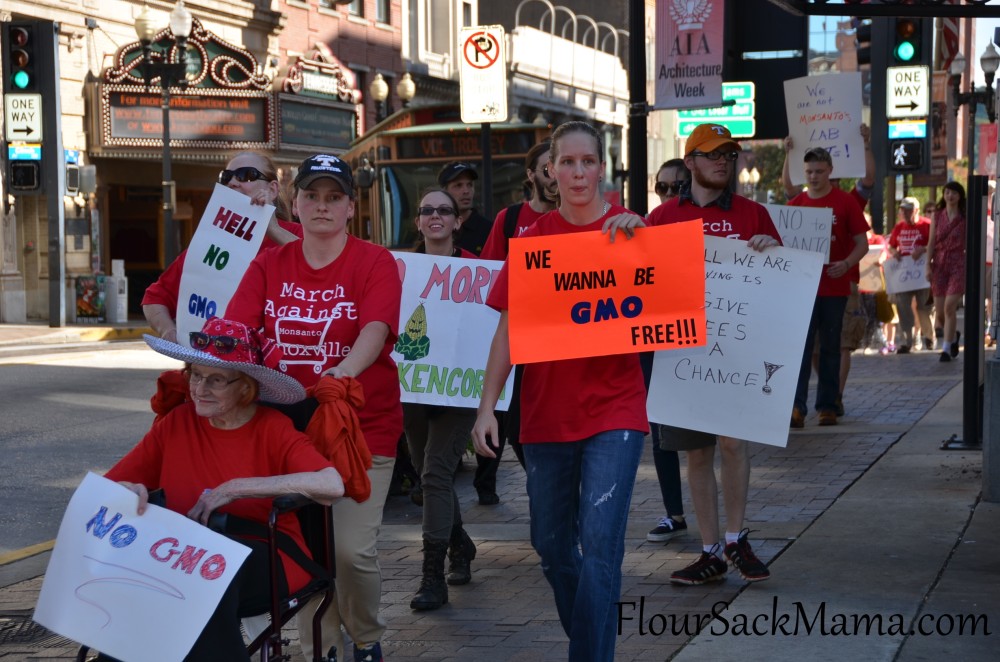 Three generations of women in one family march together for GMO Labeling and Freedom.

Natalie Wynkoop is concerned that her 5-year-old son seems to have a wheat allergy, while she eats a gluten-free diet to feel her best.  Michelle Ivester says what she eats vastly affects her health, too.  “I started having weird rashes on and off for eight years…then I couldn’t even walk because my joints hurt so bad.”  Ivester went on to share, “I’ve started eliminating GMOs from my diet and am happy to say I’m much better.” 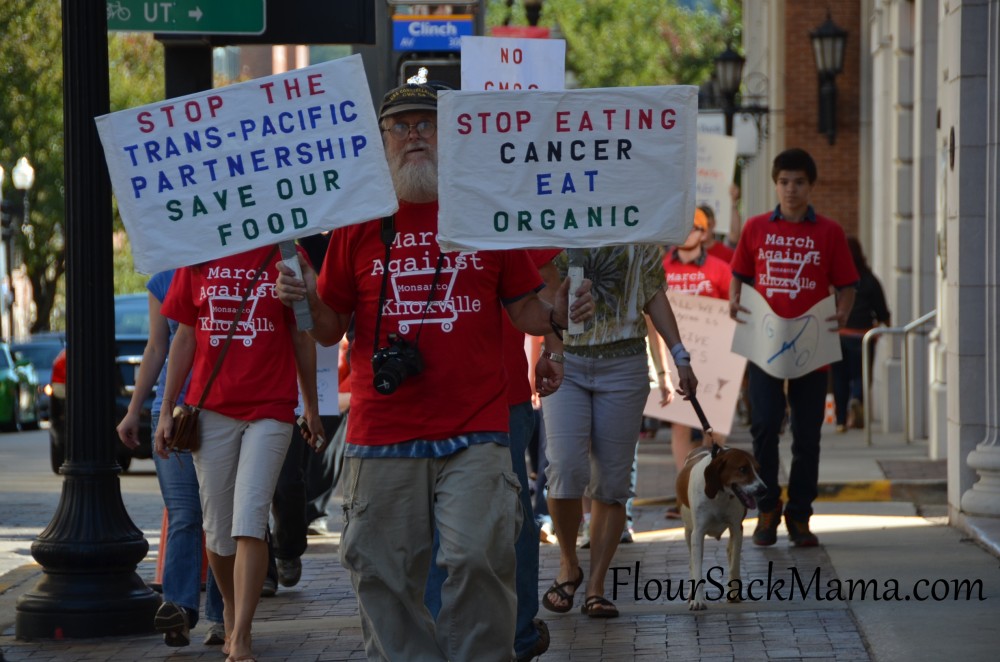 Concern for a healthy future has united Sevierville’s Tonya Saedi with mom Dorah Whisman from Georgia and even grandmother Juanda Whisman for the Knoxville march. Saedi says her mother and sister influenced her to start paying attention to what she eats. “Everybody should have the choice of what  to put in your body,” she urged in favor of mandatory GMO food labeling.  Dorah Whisman is a retired licensed practical nurse who previously worked with cancer patients.  “Health is the big deal for me.  If it grows tumors in rats, why won’t it grow them on us?” she said referring to some independent, long-term studies raising questions about GMO safety and countering Monsanto and government safety claims.

These folks sharing their concerns in Knoxville are part of a growing movement who think big agribusiness should play fair and label their lab-engineered products so consumers can make a choice.  They’re watching what happens this fall in Washington State, where Prop 522 on GMO labeling is another test case to see if the American consumer and independent farmer stand a chance.  This, after a similar measure in California failed, amid suspicions, despite widespread popular support.

Got a minute?  Please answer this quick survey so we can serve you better.  Thanks!

Stroller Brigade of Concerned Parents Heads to Washington
Have You Shared Your Personal Story? It’s Your Turn