“That money’s burning a hole in your pocket!” 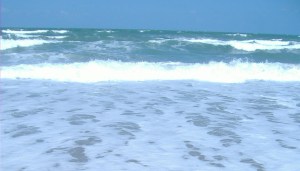 “Just because you can, doesn’t mean you should.”

Anybody else grow up hearing those truisms?  Those same generations of folks that raised us on some rather conservative values were also the generations that viewed any sort of technological progress as something that must be good.  Often they were right.  Who wants to go back to a time before cars and jet travel could place us conveniently wherever we want to be in the world?  Of course we embrace technology.

Now it’s time to ask ourselves again, “just because we can, does that mean we should?” when it comes to embracing the latest technology that has the power to wreck our planet. 350.org’s Bill McKibben explains this eloquently in his efforts to educate about the dangers of putting so much carbon into the atmosphere that the very systems we depend on for life on earth cannot be corrected for many, many lifetimes to come.

When we hear about opposition to the Keystone XL pipeline, it’s easy to understand the short-time criticisms that no one should stand in the way of jobs and progress and profits to be made from mining bitumenous oil from the Canadian Tar Sands and piping it through the continental United States for export overseas.  It’s harder to understand that simply removing that reserve of dirty petroleum from the earth and burning it would put the earth past an environmental point of no return, per the calculations of highly esteemed scientists around the world.  And then there are the safety concerns about the pipeline itself that would carry this new generation of sandy oil through America’s backyard.

Concern for a healthy future for this planet and its people is why thousands of citizens are planning to Draw the Line on Saturday, September 21st.  Melissa Fry Beasley has already raised her three kids, and wants to dedicate this next phase of her life toward supporting a cleaner planet.  What did her kids think about her opposition to how the  XL Pipeline project would affect Beasley’s home state of Oklahoma?  “They had mixed feelings…but they knew why, so they were cool with it.”  Beasley and other peaceful protestors brought attention to the problem by shutting down a pump station for the day near her hometown. On Saturday, Beasley and others will hold a peaceful, public rally in the Tulsa area. Beasley said, “We have to draw the line because this is in all of our backyards.”  The Tulsa event is organized via Credo action.

Mild mannered, petite, Julie Henry loves her home state of Tennessee and her pets.  She’s armed with the knowledge from her biology and environmental science degree that energy decisions today have long-lasting effects.  In Henry’s adopted Texas home where she’s currently drawing attention to the dangers of Keystone XL via TarSandsBlockade.org, people will also be involved in nonviolent efforts to raise public awareness on Saturday.

You can find or create a public Draw the Line rally in your area through the convenient tool on the 350.org page, plus find more educational information about the pipeline.

When our grandparents told us to “waste not, want not,” were they just talking about money or perhaps something else?

Henry explained, “The world that we’re living in will be a drastically different world and it could happen in our children’s lifetime, unless we come out and draw the line.